Ahead of the UK premiere of their sensational directorial feature debut FREAKS at Arrow Video FrightFest Glasgow 2019, Zach Lipovsky and Adam Stein talk about making impossible ideas believable, the challenges of fatherhood and casting Bruce Dern. 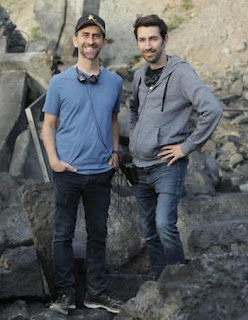 Q) This is your debut feature. How did the two of you meet and decide that this was the film you wanted to make?

ZACH: We met on a reality competition show called On The Lot, which was produced by Steven Spielberg. It was basically an American Idol-type show that aired on Fox. We were competitors who had to make a new short film every week, and we became close friends and collaborators afterwards.

We worked separately as directors for a few years, but kept coming back together, finding the nature of our collaboration very rewarding. We were struggling to find films that represented our taste, so we decided to write one that would show the world the kind of movie we like to make.

Q) When writing the script, did you always visualise it as a genre movie? Were there any particular influences in that area?

ADAM: When we were writing, we knew that fantastical things would happen in the story, but we didn’t try to fit into the box of a particular genre. We wanted the movie to feel real, intimate... so we knew the story would capture small moments of the family relationships and go deep on the emotions. At the same time, we knew we wanted to tell the story from Chloe’s childlike perspective, so we were more focused on how she was discovering the world and how it felt to her. When things are scary for her, the movie feels more like a horror movie and when she’s full of wonder it starts to feel more like a Spielberg Amblin movie… so the mix of genres is motivated from her character journey.

Q) What personal experiences did you bring to the writing process? I’m thinking, in particular, of the strong coming-of-age narrative and the child-parent dynamic driving the film throughout.

ZACH: The genesis of the story idea was inspired by watching Adam's son grow up. We got to see him observe and interpret the world for the first time. To him, impossible ideas were believable, and normal things were terrifying. We thought it'd be fascinating to capture that perspective in a genre film.

ADAM: As a new dad, I often felt incompetent and unprepared. I used to worry and imagine how I could possibly do this alone, without my awesome wife. I took a lot of classes and had great mentors, and with that support network I became a better father. But we imagined Emile’s character as a father who never had the benefit of that support network. Before the start of the film, his character had been an outcast and a criminal, on the run for most of his life. So now, because of the way the world has isolated him, he’s raised Chloe with no training, not even a book about parenting. We wanted to show his primal protectionist instinct has been twisted into paranoia and a hair-trigger temper, but underneath it all he’s got deep love for her. 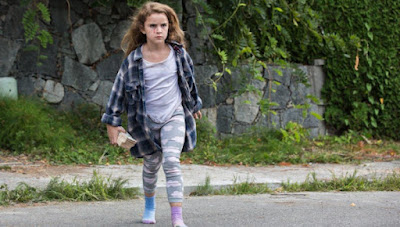 Q) It’s tempting to think that the film taps into the current socio-political upheaval in the US and, in particular, the paranoia of ‘outsiders’ appearing to threaten the dominant majority. Was there an intention on your part to shine a light on Trump’s America?

ADAM: The social commentary in the film is inspired by discrimination and violence in our world, where the tools of government can be used to destroy the lives of people who are considered Other. We weren’t directly talking about Trump’s America but we were inspired by the cycle of the discrimination and violence against “outsiders” that has recurred around the world and throughout history. We wanted to hold up a mirror to the way hatred and tribalism can create horrible outcomes.

It feels like the story has become even more relevant since we wrote it. When we were writing the movie, the idea that children would be torn away from their parents and detained by the government was science fiction, now a couple years later it’s happening in America.

ZACH: We tried to make it universal rather than concentrate on one single issue. Besides the Trump immigration issues that many people see, we were inspired by family histories of hiding children with non-Jewish during the Holocaust, the history of forced relocation of Native Americans to reservations, and the epidemic of police shootings of black men in America.

Q) You call them ‘freaks’, which can be seen as a derogatory term, but they are in fact charismatic and powerful beings. Why did you choose that title?

ADAM: When the world is set against something, bent on its annihilation, it can overwhelm any virtues. For the universe of the story, we wanted to find a word that we could imagine becoming a common slang word -- something with a bite that could be used by both adults and children as part of the common speech of this world. After we wrote the script, we experimented with lots of alternate titles but kept coming back to this essential word. Audiences also bring their own associations to the word "Freaks," which can help throw them off when they first sit down in the theatre. 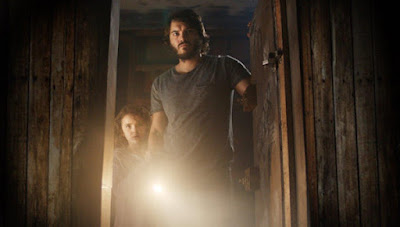 Q) The performances are all exceptional. Take us through the key casting decisions. In particular, what persuaded Bruce Dern to sign up for the ride?

ZACH: Thank you. The film is all about the performances, and we were very lucky to assemble this incredible cast. Bruce was one of the first cast members to sign on, he really connected to the father-daughter story, because of his own relationship with his daughter. He always looks for stories that have intensity and real grounded characters, and he told us he often doesn’t think science-fiction films have real voices. He hasn’t done a science fiction film since 1972 (Silent Running).

The whole film is is built around the the character of Chloe, and we knew we needed to find an incredible little girl. We built an audition process that was very different from the normal way of doing things. We did a lot of improvisation first to see if the girls could connect to real emotion from their lives, then we’d slowly push them towards the written scenes.

Lexy was the only young actress we found who could both improvise and stay on track with the scene, while staying completely connected to the intensity of the subject matter. She was also the only one who could immediately snap back after “cut” and return to being a normal healthy seven year old. She was a joy to work with.

Q) The ending to the film suggests we haven’t seen the last of Chloe. Are there plans for a sequel?

ADAM: We have lots of ideas for what happens next and also for other rich stories in this world. We’re currently developing some of these ideas into a TV pitch. A sequel

film probably only makes sense if people buy tickets to this one… So if people like the movie, we hope they spread the word to their friends!

Q) 2018 was a great year for the genre. What have been your outstanding film choices?

It WAS a great year! Love the variety of genre films that are being made, with such a range of tones. We really liked Prospect, which was an indie alien planet movie that had a great intimate style and rich world-building. Sorry To Bother You was such an incredible creative ride -- loved the unique tone and the unpredictability of what was around each corner. A Quiet Place was more traditional but still very well done. And Spiderman: Into the Spider-Verse! An explosion of wonder and visual creativity that had our jaws on the floor the entire time.

Q) What’s next for you guys?

ZACH: We are writing a new film, as well as finishing a film for Disney. That one is the live-action adaptation of Kim Possible, which was a very popular animated series from ten years ago. Kim Possible comes out in February / March 2019.

ADAM: We hope to get the opportunity to make a lot more films like Freaks - personal stories with lots of surprises.

FREAKS is showing at the Glasgow Film Theatre on Sat 2 March, 9.00pm, as part of Arrow Video FrightFest Glasgow 2019. Zach will be attending.

For more info on this and other films at Fright-Fest and the Glasgow Film Festival...
http://frightfest.co.uk/
https://glasgowfilm.org/glasgow-film-festival 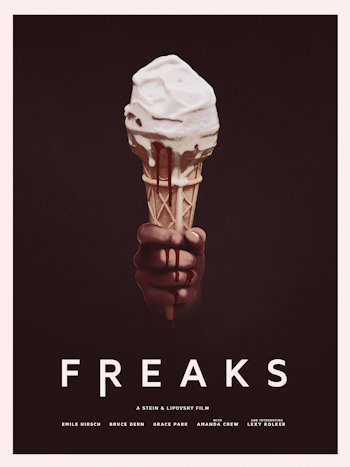