Be prepared for a Zombie invasion as Saturday nights in March on Horror Channel give rise to SEASON OF THE DEAD, a collection of modern zombie movies. Highlights include the channel premieres of critically-acclaimed MAGGIE, a heart-breaking take on the Zombie genre starring Arnold Schwarzenegger and Joe Dante’s BURYING THE EX, a radical blend of classic horror and screwball zomedy. There are also welcome returns for post-apocalyptic zombie actioner EXTINCTION, directed by Inside helmer Miguel Ángel Vivas, Matthias Hoene’s ultra-splatter comedy horror COCKNEYS VS ZOMBIES, starring Michelle Ryan and John Erick Dowdle’s [REC]-inspired QUARANTINE

SEASON OF THE DEAD 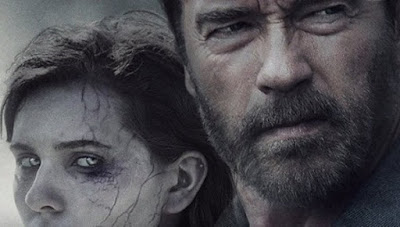 As the world narrowly recovers from a near apocalyptic virus, an infected teenage girl (Abigail Breslin) with only a precious few weeks to live must find the strength and bravery to face her fleeting mortality as her father (Arnold Schwarzenegger) struggles helplessly to

protect her from the frightened town and keep the family together in the face on inexplicable horror. 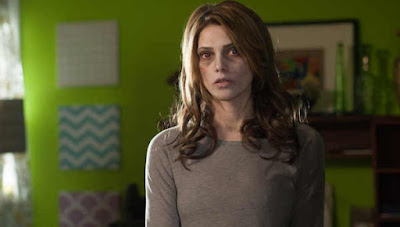 Max’s relationship with his new girlfriend, Olivia, takes an unexpected turn when his dead ex-girlfriend rises from the grave and thinks they’re still dating. Max realises that his only chance at a future with Olivia relies on him doing the unthinkable: breaking up with Evelyn, a maniacal zombie who’s determined to do whatever it takes to get her man. 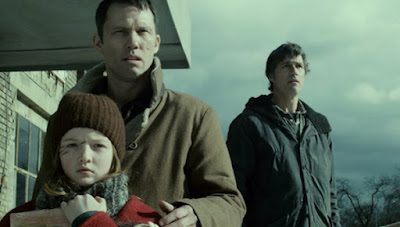 After several hundred thousand years of evolution and supremacy, an infection turns most of humanity into rabid zombies, Two men, Patrick (Matthew Fox) and Jack (Jeffrey Donovan) and a 9-year-old girl (Quinn McColgan), are the only known survivors, However, not only must they protect themselves against their monstrous attackers, but must overcome their mutual hatred for each other… 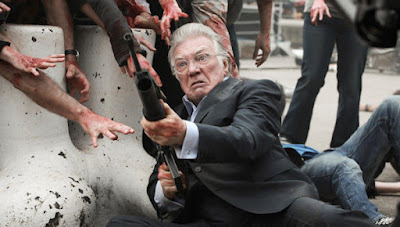 Just as brothers Terry and Andy Macguire decide to rob a bank, workers on a Docklands building site uncover a burial ground sealed up in 1666. However, some of the corpses aren’t Brown Bread at all and before you know it, London’s East End is infested with hungry zombies. Can the two dodgy Hamptons get to the Bow Bells Care Home in time to rescue all the Raspberry Ripples under siege with only their Zimmer frames and wheelchairs to kick some zombie Khyber Pass? Stellar cast includes Harry Treadaway, Alan Ford, Honor Blackman, Richard Briers and Michelle Ryan. 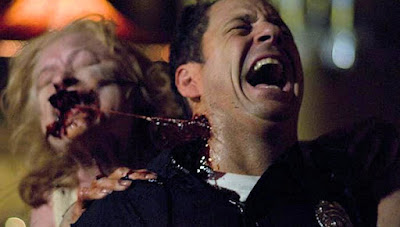 Television reporter Angela Vidal (Dexter’s Jennifer Carpenter) and her cameraman are assigned to spend the night shift with an LA Fire Station. Soon a routine 911 call takes them to a small apartment building, where they learn that a woman living in the building has been infected by something unknown. After a few of the residents are viciously attacked, they try to escape, only to find that the building has been quarantined. Trapped, and fighting a brooding entity, they become engaged in a brutal battle for survival. 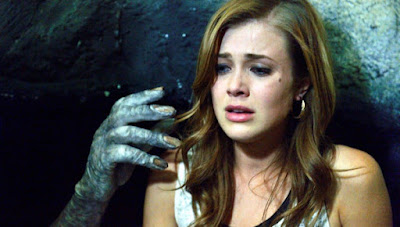 Backpacking through Ireland, two unsuspecting young couples discover a town's chilling secret when the town's residents offer them an old cabin at the edge of the woods. Soon, they discover that one of Ireland's most famous legends is a terrifying reality

Jackie Sullivan (Julie Benz), a troubled young woman with a serious alcohol addiction, is released from rehab and given a second chance with a new job and a furnished apartment at Havenhurst. Recovering from the tragic loss of her 6-year-old daughter, Jackie is drawn into the unsolved disappearance of the apartment’s previous occupant, a young woman who

disappeared without a trace. Jackie soon discovers that she must not only battle her inner demons but the very real ones that live deep within the walls of Havenhurst.

Set in a time where robots handle all manual jobs, unemployment has soared and riots are a near everyday occurrence. Against this backdrop, veteran US marine Captain Bukes (Thure Lindhardt and his unit, are sent on a routine training exercise. What they discover when they reach the island is beyond anything they could have imagined. What starts as a simple training exercise descends into a terrifying battle to the death, a fight for the survival not only for Bukes’ unit but also for the future of humanity itself. 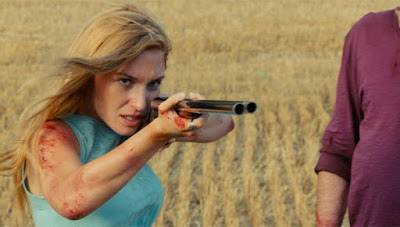 When hitchhiker Jack (Andrew Simpson) rescues Véronique (Joséphine de La Baume) from a road rage altercation, in rural France the twosome decide to travel together for safety’s sake after learning a serial killer is cutting a murderous swathe through the region. Tired and hungry they decide to take up an offer to stay the night at a mysterious elderly couple’s mansion. And that’s when the deranged, demented and bloody escapades begin. Also stars Barbara Crampton.

Set in a timeless mythical forest inhabited by fairies, goblins, unicorns, and mortals, Tom Cruise is a mystical forest dweller chosen by fate to undertake a heroic quest. He must save a beautiful princess (Mia Sara) and defeat the demonic Lord of Darkness (Tim Curry), or the world will be plunged into a never-ending ice age.