UK distributor Metrodome has commissioned an exclusive piece of artwork to produce a limited edition print, by acclaimed horror designer Graham Humphreys to celebrate the film's release on 17 April. 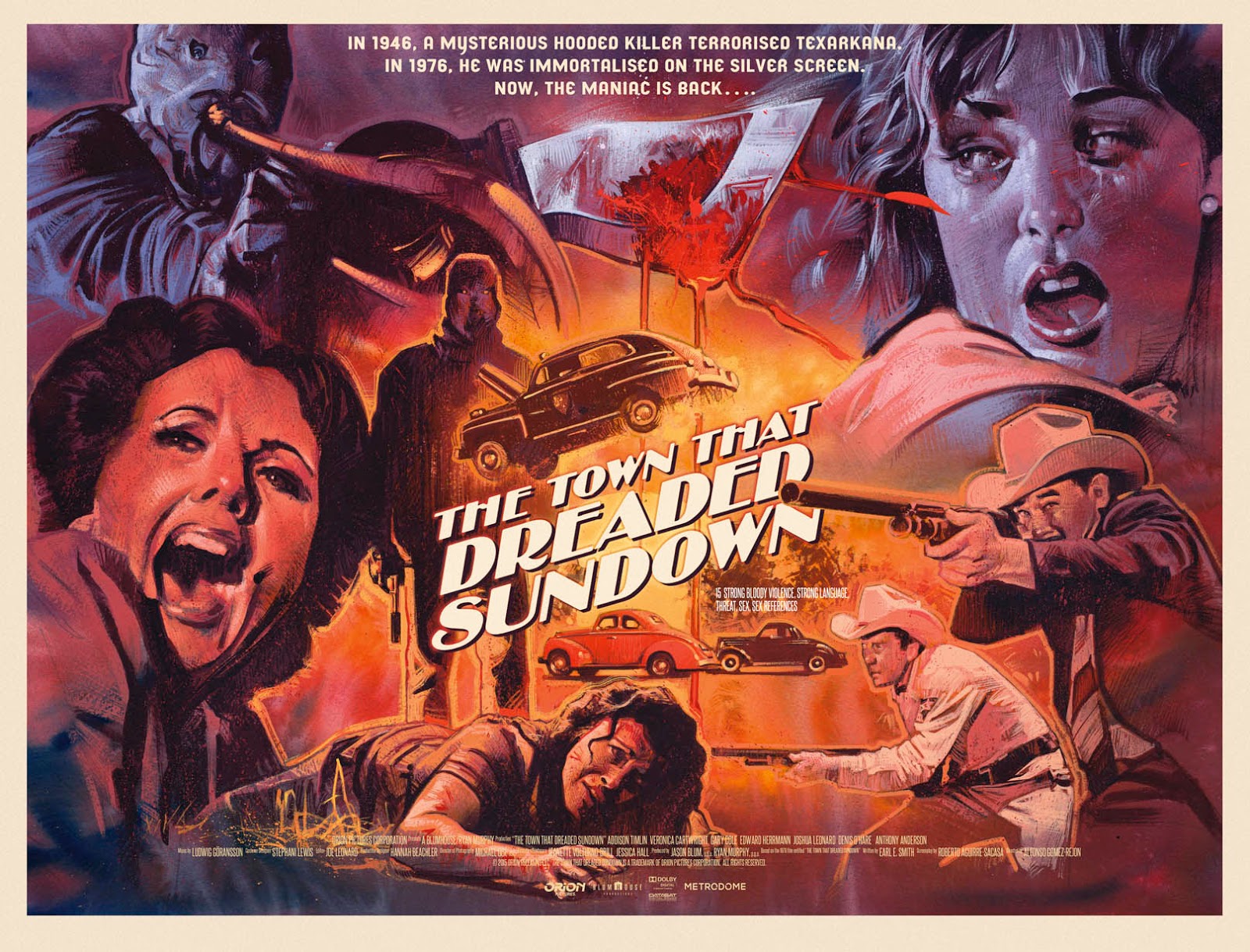 Based on a terrifying true story this shrewd remake of the  seventies horror of the same name is inspired by the unsolved 'Moonlight Murders' that took place in the American border town of Texarkana in 1946.

Set in a world where the original film exists and is very much part of the public consciousness, "The Town That Dreaded Sundown" picks up 65 years later, where the quiet streets of Texarkana are once more plagued by a masked maniac who bears a striking resemblance to the same Phantom Killer who wreaked havoc decades earlier. (read my review HERE)
Graham Humphreys is a freelance illustrator and poster designer who has been working within the horror industry for more than thirty years, perhaps best remembered for his iconic artwork for the original UK releases of "The Evil Dead" and "Nightmare On Elm Street" as well as his original artwork for the annual FrightFest horror festival.

Still working in a traditional paint medium, Graham continues to work within the genre he loves. Halloween this year will see the publication of a book of Graham's horror art, entitled 'Graham Humphreys: Drawing Blood'. The launch will be supported by an exhibition at The Proud Gallery, London.