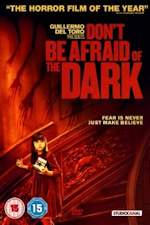 Something ancient and evil is alive in the darkness beneath the Blackwood Mansion. When young Sally Hurst (Bailee Madison) arrives in Rhode Island to visit her father Alex (Guy Pearce - Hurt Locker) and his new girlfriend (Katie Holmes - Batman begins) at the Victorian mansion they are restoring, she already feels like an outsider and her ornate new home seems a cold and unwanted prison.
Finding comfort and escape in her solitary exploration of the property, and despite the warnings of the caretaker Mr. Harris (Jack Thomspon), Sally embarks on an adventure that leads to the discovery of a hidden basement, undisturbed since the mysterious disappearance a century earlier of the mansion’s builder, famed nature illustrator Emerson Blackwood. Once the private studio of Blackwood, the dark and dank underground chamber houses the secrets of the past of this unstable and unholy place, and perhaps something even more sinister.
Written by legendary filmmaker Guillermo Del Toro and directed by comic book artist Troy Nixey, DON’T BE AFRAID OF THE DARK is a remake of the 1973 ABC made-for-television horror film of the same name.
The film comes to UK DVD and Blu-ray on February 20th. Extras include 3x making of features, The Story, The Build and The Creatures, as well as Character Profiles and 2xTheatrical Trailers.