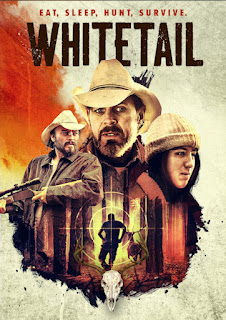 Following a mother’s tragic overdose, her husband, brother and son embark on a weekend hunting trip out in West Texas to try and escape their grief. However, things soon take a nasty turn when they encounter a mysterious man who has been shot in the stomach and is clutching a bag full of money.

The trio must contend with questions they didn’t expect to have to answer – who shot the man, where did the money come from and how long until the shooter comes back for the cash? As tensions rise between the group on top of the already strong undercurrent of grief, things are about to reach breaking point.

WHITETAIL is a heart-stoppingly dark survival film that turns the gothic thriller genre on its head.