DISSAPEARANCE AT LAKE ELROD - Coming to Disc and Digital

Lightbulb Film Distribution are delighted to share the poster and trailer for new psychological crime thriller, DISSAPEARANCE AT LAKE ELROD, which comes to Disc and Digital November.

Checkout the trailer below...

A year after her daughter’s disappearance, another girl from Elrod, Georgia, goes missing. Convinced there is a connection, Charlie (Robyn Lively) won’t stop searching until she discovers the truth

The film was recently released in North America under the original title Through The Glass Darkly.

DISSAPEARANCE AT LAKE ELROD will be released on Digital Download and on DVD in the UK from Nov 1st. 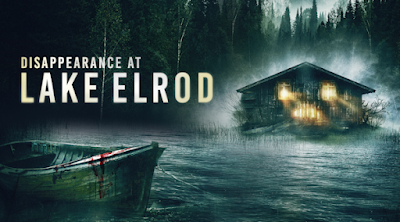