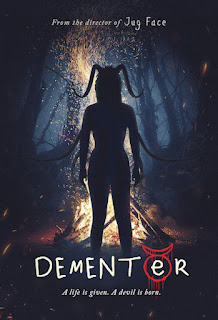 Essential, alternative streaming service ARROW debuts the extraordinary chiller DEMENTER, from indie horror director Chad Crawford Kinkle. The film will also be released by Arrow Video on Limited Edition 2-disc Blu-ray on October 4th, and includes Kinkle’s stunning 2013 debut film JUG FACE..
Synopsis: Fleeing from a cult that has left her scarred both physically and mentally, Katie (Katie Groshong - Jug Face, A Measure of the Sin) is keen to get her life together. On her path to recovery, she takes a job in a care centre supporting adults with special needs, among them Stephanie (Stephanie Kinkle), a woman with Down syndrome.

Convinced that the “devils” are coming for Stephanie, and tormented by flashbacks of her experience within the cult and with their leader Larry (Larry Fessenden - The Dead Don’t Die, Habit), Katie takes increasingly extreme measures to ward off the evil that is making Stephanie sick. But what if her rituals are doing more harm than good?

A brave and unflinching story of lives lived on the fringes of society, and a battle with demons inside and out, DEMENTER was shot on real locations with many non-actors playing versions of themselves – including Kinkle’s real life sister Stephanie, who has Down syndrome – as well as indie horror legend Larry Fessenden as the cult leader, and Katie Groshong, both of whom appeared in Kinkle’s JUG FACE. 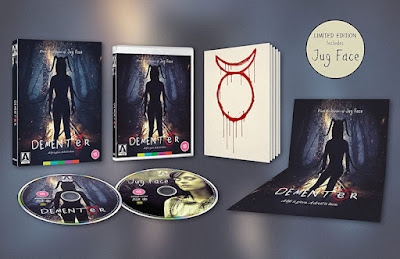