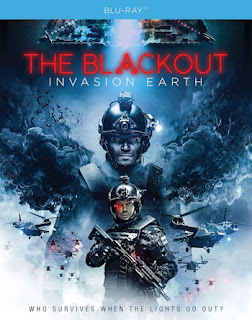 A top recon team step in when an alien invasion shuts down the planet, in THE BLACKOUT: INVASION EARTH, released by 4Digital THIS December on Blu-Ray, DVD and Digital platforms.

Imagine Chernobyl crossed with Battle: Los Angeles, with a touch of Predator, in this Russian sci-fi blockbuster that sees a future world teetering on oblivion.

When the end comes for civilization, it will not be terrorism or nuclear war that causes it, but ‘The Blackout’. An unexplained phenomenon has struck the Earth. Contact between most towns on Earth has been severed. A small area in Eastern Europe is the only location that still has electricity.

THE BLACKOUT: INVASION EARTH will be released 28th DECEMBER on BD, DVD AND Digital platforms.