UPGRADE is a thrilling and hyper violent vision of the future from the producers of GET OUT and THE PURGE, and the creator of SAW and INSIDIOUS, which comes to UK cinemas August. Check out the trailer below...

After his wife is killed during a brutal mugging that also leaves him paralyzed, Grey Trace (Logan Marshall-Green, SPIDER-MAN: HOMECOMING, PROMETHEUS) is approached by a billionaire inventor with an experimental cure that will “upgrade” his body. The cure - an Artificial Intelligence implant called STEM - gives Grey physical abilities beyond anything experienced and the ability to relentlessly claim vengeance against those who murdered his wife and left him for dead. 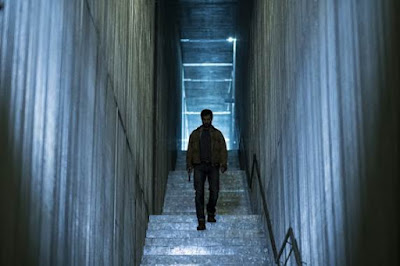