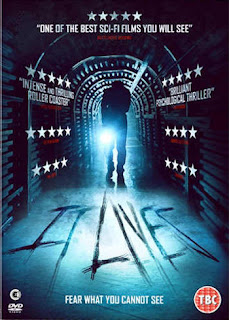 A scientist tasked with maintaining the subterranean centre in readiness for an impending strike, is all alone, apart from an omnipresent computer, Arthur.

But is there something else there?

When lone expert, Roy, is left isolated, hundreds of feet below the surface with no communication with the outside world and no way of knowing what’s going on, he starts to question his own sanity. And as an increasingly terrifying chain of events take place in the bunker, he realises that something else might be alive underground with him

Find out in the critically acclaimed, terrifying new psychological thriller from director Richard Mundy IT LIVES (aka Twenty Twenty-Four), which is set for its UK DVD debut from Second Sight Films on 06 Aug.

Pre-order the UK DVD from Amazon.co.uk
.