Horror Channel gets beastly in July with ANIMAL ATTACK SEASON 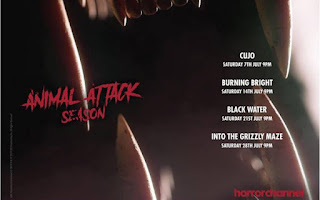 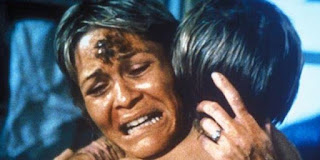 When sweet St. Bernard dog Cujo is bitten by a bat, he morphs into a dangerous beast and goes on a rampage in a small town. Stay-at-home mom Donna (Dee Wallace) gets caught in Cujo's crosshairs on a fateful errand with her son, Tad (Danny Pintauro). Stuck in their car, Donna and Tad have a frightening showdown with the crazed animal. 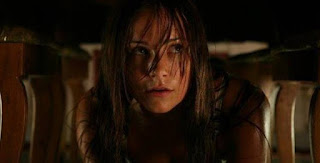 Johnny Gavenau’s latest get-quick-rich scheme is to turn his Florida ranch into a Safari Park. As the main attraction he buys a dangerous Bengal tiger from an unscrupulous circus trader. But the ravenous beast gets loose, its’ only refuge the ranch house interior where stepdaughter Kelly and her autistic little brother Tom reside... 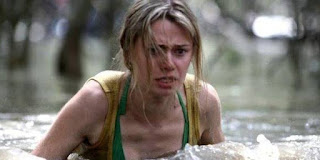 A terrifying tale of survival in the mangrove swamps of Northern Australia. Grace, her boyfriend Adam and younger sister Lee are on holiday and decide to take a river tour. When their boat capsizes, in the ensuing panic, their amateur guide disappears into the murky depths. Based on a true story, the sudden reptilian attacks, and desperate attempts to get back to their submerged boat raise potent apprehension and imaginatively stretch the suspense to nail-biting levels 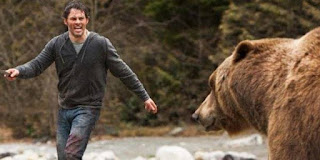 James Marsden, Thomas Jane, and Billy Bob Thornton star in this action-packed adventure set in the Alaskan wilderness. After a relentless grizzly starts to wreak havoc on a small town, the sheriff heads into the forest to find his ecologist wife but instead crosses paths with his estranged, ex-con brother. They soon find themselves on the run from the massive killer bear. The hunted become the hunter in this edge-of-your seat thriller about the power of nature 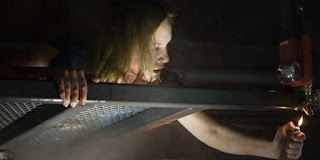 Having witnessed the bloody death of her parents as a child, Laura Porter (Station 19’s Danielle Savre) attempts to cure her phobia of the boogeyman by checking herself into a mental health facility. However, she slowly begins to realise, as her therapy group are killed off one by one, that she is now helplessly trapped with her own greatest fear.  Also stars Tobin Bell. 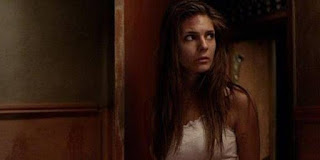