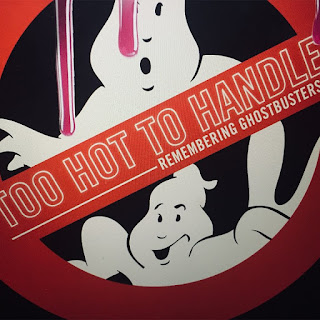 The original intention of the filmmakers was to dedicate a documentary to both Ghostbusters and Ghostbusters II collectively. However, as they delved deeper into the post-production process and assembled the interviews along with a wealth of archive material, it became evident that each film warranted a documentary in its own right.

“This is a very exciting time for us”, says director Anthony Bueno, “After puzzling over how we were going to approach splitting the two films in the edit of CLEANIN’ UP THE TOWN, especially when we knew how long the part on Ghostbusters needed to be, splitting them became an easy choice. Then we just thought we’d call it CLEANIN’ UP THE TOWN: PART 2, but that didn’t seem right, or accurately say what the documentary would be about. So after going through ideas and only knowing we didn’t want “Slime” in the title, as soon as we said TOO HOT TO HANDLE: Remembering Ghostbusters II, it felt right!”

Work has already commenced on Too Hot To Handle: Remembering Ghostbusters II and is in the early stages of the edit. The many interviews with cast and crew include Dan Ackroyd, Sigourney Weaver, Ivan Reitman, Ernie Hudson, as well as Industry Light and Magic’s  Dennis Muren and Ned Gorman.

Following a hugely successful Kickstarter campaign to help fund the completion of the project, CLEANIN’ UP THE TOWN: Remembering Ghostbusters is near to reaching picture lock. The edit and motion graphics are complete, leaving only the sound design, score and audio to be mastered.

The producers also want to take this opportunity to confirm that everyone who donated to the Kickstarter and the PayPal crowdfunder will have their names credited on both films.

Producer Claire Bueno stated: “We are very much aware that there is just as much love for the sequel as for the original film, and we are in no doubt that a vast amount of people contributed because they wish to see respect paid to Ghostbusters II. Having informed people we would be covering both films, it is crucial we honour this by ensuring people are credited accordingly on both docs.”