Following its premiere at the Berlin Film Festival over the weekend, Entertainment One UK Ltd. is delighted to bring you the new trailer and UK poster to Jeff Nichols' sci-fi thriller Midnight Special. 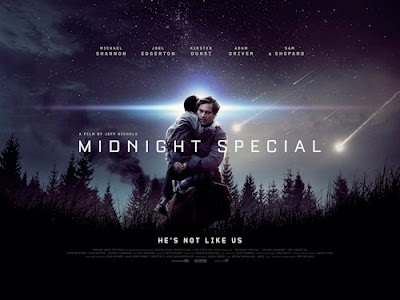 Roy (Michael Shannon) is a father desperate to protect his uniquely gifted, eight-year-old son in this genre-defying thriller which proves once again that director Jeff Nichols is one of the most compelling storytellers of our time. As father and son go on the run, an intense chase ensues as they are hunted down by a mysterious cult and a clandestine government agency – the outcome of which could bring about a world-changing event.