"XMOOR" to Premiere at Frightfest. 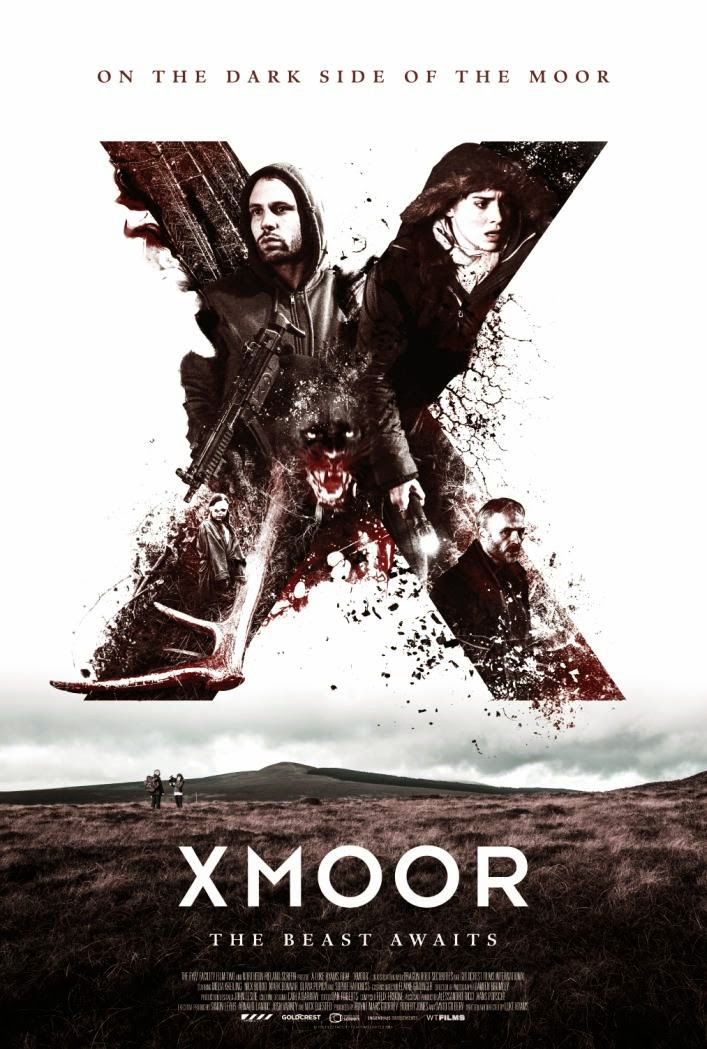 A beast, baying for blood, deep on the moors is startled when two documentary filmmakers and their expert tracker attempt once and for all to prove the existence of this elusive moorland creature. Only our trio are not prepared for what they are actually about to discover as XMOOR explodes onto screens on August 25, 2014 at this year’s FILM4 FrightFest.

With their sights set on a £25,000 reward promoted by a local newspaper, American documentary makers Georgia and Matt head to Exmoor in North Devon to film the fabled ‘beast’ supposedly slinking through the remote terrain. Setting up a forest camp with an experienced tracker harbouring his own dark secrets, the trio fix 42 cameras to the trees and rocks, linked back to a computer nerve centre where nothing should go unnoticed as they take turns to keep watch throughout the night.
But, As darkness settles, their plans are thrown into disarray as they stumble over the body of a dead girl in a clearing and they are horrified to realise that she isn’t alone. They are surrounded by rotting bodies of dead girls. The realisation soon dawns that they are in the lair of a beast alright, but not one of the four-legged variety. They have discovered a serial killer’s dumping ground and soon they become his most wanted prey.

Written and directed by emerging filmmaker Luke Hyams, the film stars MELIA KREILING (Guardians Of The Galaxy), NICK BLOOD (TV’s Babylon) and MARK BONNAR (TV’s Psychoville).
For more info on this and other films at the festival, check out the official Frightfest Website.