Frizzi 2 Fulci: Halloween at the Barbican 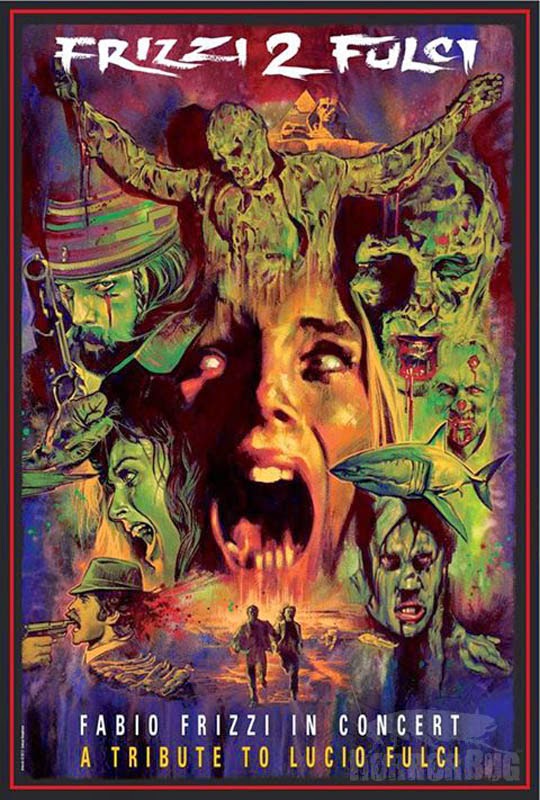 Immerse yourself in the chilling atmospheres of Fabio Frizzi’s brilliantly disturbing scores, accompanied by film scenes which will have you hiding under your seat.
One of the undisputed masters of Italian horror soundtracks, Fabio Frizzi celebrates his special partnership with the late ‘Godfather of Gore’, director Lucio Fulci. Joined by the F2F Orchestra, the Alauda String Quartet and vocalists, he performs his dark and brooding scores to worldwide splatter sensations like "Zombie Flesh Eaters" (1979) and other blood soaked epics such as "Seven Notes In Black", "The Beyond", "City Of The Living Dead", "Manhattan Baby" and more.
Highly influential to this day, Fabio Frizzi is one of the most celebrated Italian film composers, alongside names such as Ennio Morricone, Bruno Nicolai, Goblin and Gianni Ferrio. Numerous musicians ranging from Boards Of Canada and Wu Tang’s RZA, through to the new synth breed of Umberto and Zombi have cited him as a major inspiration. Quentin Tarantino is also a long-term admirer and deployed the theme from "Seven Notes In Black" for "Kill Bill".
More Halloween fun will go on until late on the ClubStage.
Age restriction 18+

For more info and to buy tickets, visit the Barbican Website