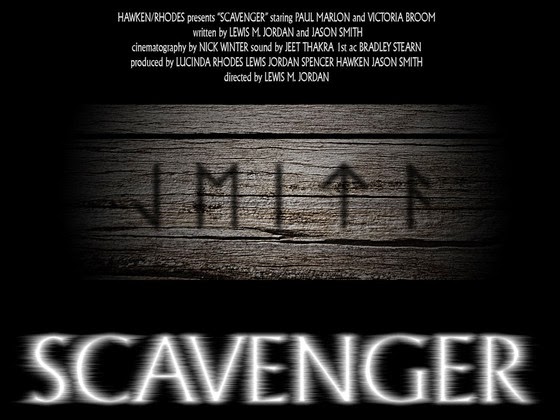 The producers behind the forthcoming horror film "Scavenger" are appealing for help to get their project off the ground.
Described as "A Nouveaux-Gothic chamber piece", ‘Scavenger’; as the title suggests, is about a scavenger hunt; but with almost other-worldly origins.
The central object of the story, the ‘Freya box’, with an odd; almost supernatural past, requests an item, in return for an incredibly addictive; but brief experience known as ‘enlightenment’; pitting two players against each other and pushing them to the very limits of their sanity.
As the game progresses, the requests grow increasingly vampiric in nature; the pursuit of which draws the worst side out of our characters.
Written by Lewis Jordan and Jason Smith (the former also serving as director), they have been joined by Lucinda Rhodes and her fabulous production company Hawken-Rhodes and have been instrumental in securing an award-wining cast and crew.
Now, to get the project off the ground they need funding in order to secure...

• Location Rental
• Props
• Costums
• Paying [and feeding] the cast and crew
So, in order to acheive this, they've launched a Kickstarter campaign, and are appealing for your help.
For more information on how to get involved and benefits that come with the various levels of investment, visit the Scavenger Kickstarter Page.