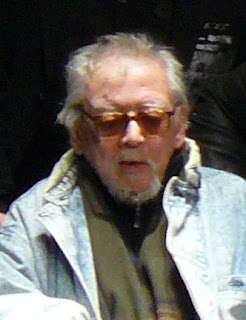 It has been widely reported all over the web that prolific Spanish exploitation movie Director Jesus "Jess" Franco has died today, April 2nd, aged 82.
Franco directed some 200 films, as well as writing and working on many others, during the course of his career, which spanned some 40 years. Pretty much all of which had the distinction of being, to put not too finer point on it, "not very good".
Many of his films still managed to garner cult status though, most notably "The Awful Dr Orloff", "Vampyros Lesbos", "Virgin Among the Living Dead" and "The Bloody Judge". The latter title probably owing its success due to its inclusion of horror veteran Christopher Lee.

His titles "Bloody Moon" and "The Devil Hunter" also gained infamy in the UK for being listed as Video Nasties during the early 80s, though both were re-released fully uncut in the UK years later.
Franco himself managed to gain status as a cult director, mainly due to the sheer volume of his output over the years, and his films lurid mix of sex and violence. Despite many of his productions seeming to be extremely inept. A trait which deeply divided genre fans, some seemingly loved the cheesy tackiness of his films, whilst others hated the seemingly shoddy acting, dubbing and direction.
Love him or hate him though, he certainly made his mark on the exploitation film genre.
RIP Jess.