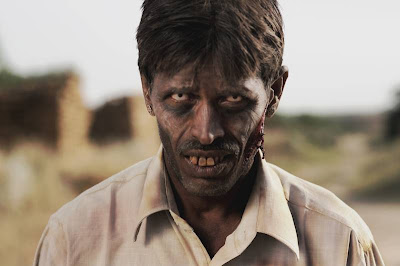 The Ford Brothers, the team behind the acclaimed zombie thriller "The Dead", have revealed that the much awaited sequel "The Dead 2" will be shot in India. Chatting to the audience at the FrightFest Halloween All-nighter, Howard Ford unveiled a teaser trailer shot on a recent location recce and said that the film, for which the screenplay is now completed, is anticipated to start production in February/March 2013.
Howard went on to say: “Jon and I have been receiving so much enthusiasm and demand for a sequel we owe it to the fans of 'The Dead 1' to deliver something that goes way beyond what we could achieve first time around and the starting point was to find the most stunning and varied landscapes where we have not seen the dead walk before”.
His brother Jon added: “Part 2 has to be another journey movie with varied terrains but challenges for our main characters that contain all of the gritty detail that people liked from the first film. There will be a lot more action and more scares along the way but we don't want to loose any of the little details that kept it feeling real”.
You can view the teaser trailer on You Tube.
Posted by Dark Angel at 18:24