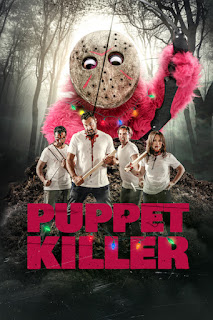 Having watched Director Lisa Ovies feature film debut, PUPPET KILLER, which has just been released to Digital outlets, I think I can safely say this is undoubtedly one of the most bizarre comedy horrors released this year.

The film essentially revolves around “teenager” Jamie, as played by Aleks Paunovic (War of the Planet of the Apes, TV's Van Helsing, Snowpiercer). A horror film addict, who has for years been plagued by nightmares of his favourite childhood toy puppet coming alive and killing his stepmother, who dissapeared one night when he was young.

With the Christmas Holidays coming up, he and a group of his “teenage” friends (not one of which looks a day under 35), head on out to his family's old cabin in the woods for a week of partying. But it isn't too long before they realise something's amiss.

It starts when they discover his old favourite childhood toy, a plush pink glove puppet named Simon, down in the cellar. Shortly afterwards, some of his friends start to go missing, whilst others claim to have seen Simon moving about on his own,though they put this down to Jamie larking about.

Could Simon really have a life of his own, or is it that Jamie is off his meds?

Boasting some inventive kills whilst parodying numerous slasher movies, this is a thoroughly silly film, that doesn't even try to conceal the fact the leads are way too old to be teenagers (indeed, lead Aleks Paunovic is older than the actor playing his father). Although everything is played straight, and it certainly doesn't hold back on the gore.

Of course, treading a thin line between horror and comedy, this film might not be to all tastes, but if you're in the mood for some good gory sillyness, it's definitely worth watching. 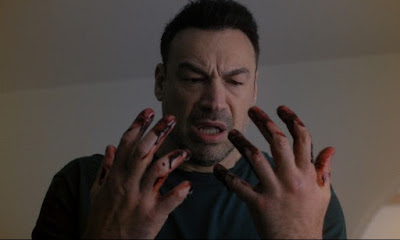 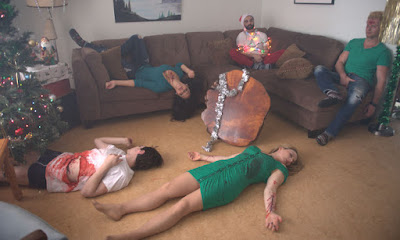 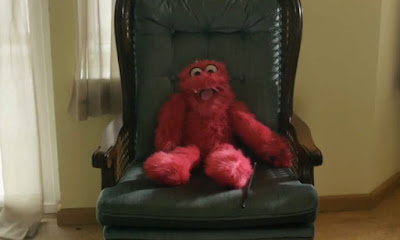