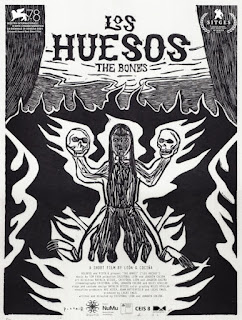 MUBI, the global curated film streaming service and theatrical distributor, is pleased to announce that the award-winning short film LOS HUESOS (THE BONES), directed by Cristóbal León and Joaquín Cociña, will be available to watch exclusively on MUBI globally from December 8 2021.

Produced by Lucas Engel (My Tender Matador), and executive produced by Ari Aster (Midsommar, Hereditary) alongside Adam Butterfield and Engel, with an original score by violinist Tim Fain, the film documents a ritual performed by a girl using human corpses and invoking the spirits of two damned Secretaries of State–central figures in the construction of an authoritarian and oligarchic Chile. It has been met with critical acclaim, winning the Orizzonti Award for Best Short Film at this year’s Venice Film Festival and the Critics’ Award for Best Official Selection Short Film at the Sitges Film Festival.

Cristóbal León and Joaquín Cociña are a Chilean artistic duo created in 2007. Their solo and collective work has been shown internationally in individual and group exhibitions, in film and audiovisual festivals and in art Biennials, being part of several collections in different countries, and having exhibited at the Venice Biennale (Italy), Guggenheim Museum (New York), Whitechapel Gallery (London) and at the Video and Media Arts Biennial (National Museum of Fine Arts).

Their cinematographic work has been recognized worldwide by critics and the public. Their first feature film "The Wolf House" premiered at the Berlin Film Festival, won the Best Film Award at the Annecy Film Festival, among many other awards, and was considered by the IGN site as one of the 10 Best Animated Films of history.

LOS HUESOS (THE BONES) will be available exclusively on MUBI globally from December 8, 2021. 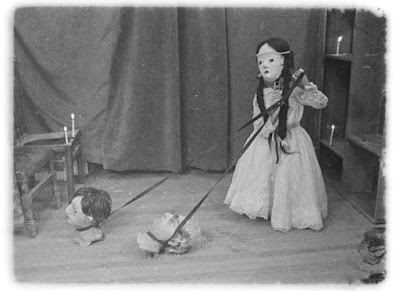