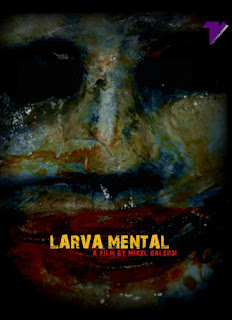 Considered one of the most brutal and disturbing movies of all time, Larva Mental (2020) is an extreme horror film written, directed and performed by Mikel Balerdi (Vore Gore, segment "Mouth"), here in his directorial debut.

With an artistic touch, the tattooist, painter, extreme body art performer and director Mikel Balerdi explores the perverse human impulses, the extreme, the profane and the taboo. Larva Mental is a combination of real and practical effects and deals with a lot of strong subject matters including suicide, self-harm, depression, necrophilia and drug abuse.

The plot centers around a girl (Dairi Gaona) who commits suicide after finding depraved videos of his father. After discovering the body, suffering pushes him to the point of madness.

The practical effects are by Mikel Balerdi and Dairi Gaona. 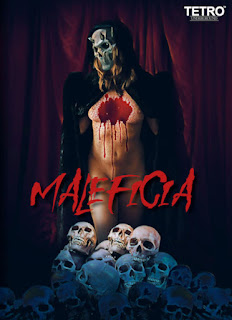 Produced, written and directed by the "master of trash" Antoine Pellissier, Maleficia (1998) is a masterpiece in the ultragore genre, an extreme gore film in which over 200 actors and extras were cast. It was filmed in over 2 years and the production used over 200 gallons of real blood and 1000 lb of real bones

SYNOPSIS: a family of nobles travel in a forest in which, in the same moment, a satanic cult completes human sacrifices made up of young girls. The group begins to torture and mutilate the chained sacrificial victims until death to summon the dead which arise to terrorize people and wreak more havoc.

MALEFICIA is available in a Standard Edition (vintage looking Slipcase + amaray + DVD) and in a Silver Limited Plus Numbered Edition with a special Cordenons Stardream Silver paper slipcase with transparent box and a card inside.

Both titles are available for pre-order starting August 3rd