In VICIOUS FUN, Joel (Evan Marsh), a caustic 1980’s film critic for a national horror magazine, finds himself unwittingly trapped in a self-help group for serial killers. With no other choice, Joel attempts to blend in with his homicidal surroundings or risk becoming the next victim.

A riotously exhilarating neon-soaked ride of nostalgia, self-aware laughs and gory thrills, VICIOUS FUN more than lives up to its name and arrives on SHUDDER on 29 June 2021. The film has been a hit with festival critics, and it recently won the Audience Award and the Golden Raven at the 2021 Brussels International Fantastic Film Festival. 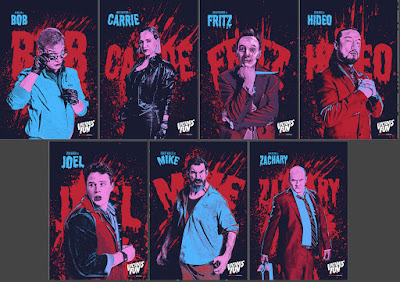