In a first for Netflix and for the horror film genre, Netflix is announcing that the upcoming FEAR STREET TRILOGY will be released as an epic summer movie event over three consecutive weeks this July.

In 1994, a group of teenagers discovers that the terrifying events that have haunted their town for generations may all be connected — and that they may be the next targets. 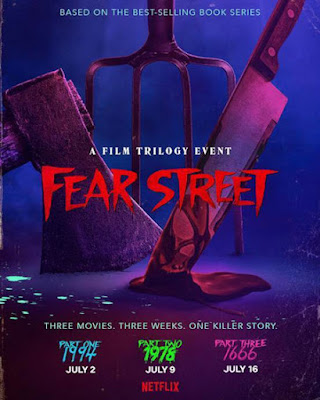