DISTINCTIVE VISIONS: A Cine-Excess Event is a three-day online festival running from 12-14 March and will showcase work from some of the most visionary new voices in cinema. It includes a special screening of THE STYLIST, which headlines our Saturday schedule at 8pm courtesy of Arrow Films. To accompany the screening, there will be a new Q&A with Director Jill Gevargizian conducted by Paul McEvoy of FrightFest.

The contemporary horror filmmaking duo The Soska Sisters (RABID and AMERICAN MARY) will host a selection of other Director Q&A videos. They stated: “We are so excited to talk with these visionary auteur filmmakers about their art. Their work is revolutionary and in these ever evolving times it’s important to have these powerful voices leading us into the future of cinema. Cine-Excess has been brilliant finding diverse, unique talent and bringing them to eager audiences. We are honored to be part of bringing these incredible artists to even greater audiences. This is going to be a stellar weekend not to be missed.” 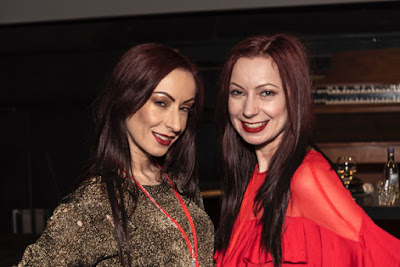 There will also be a 1001 Women in Horror discussion session in which leading film critic Alexandra Heller-Nicholas will discuss her new volume 1000 WOMEN IN HORROR: 1895-2018, as well as wider issues of diversity in cinema with Natasha Marburger and Xavier Mendik from Cine-Excess. 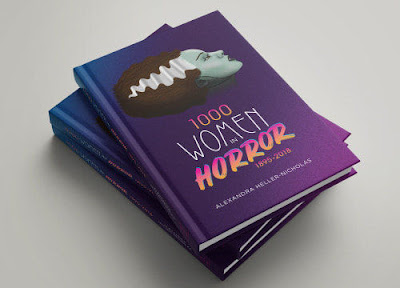 Tickets are priced at £9.99 for all three days from www.cine-excess.co.uk, and all content (excluding THE STYLIST) will be available to view by UK audiences only at any time during the event. The films are suitable for over 18s only.
The list of films currently in the line-up are as follows:

We all dream of being someone else... but for Claire (Najarra Townsend, CONTRACTED), that dream goes from an obsession to a living nightmare. Hairstylist by day, serial killer and collector of scalps by night, Claire's lonely existence is thrown into turmoil when her regular client, Olivia (Brea Grant, AFTER MIDNIGHT; director of 12 HOUR SHIFT), asks her to style her hair for her wedding day. Increasingly fixated on Olivia's seemingly flawless life, Claire vows to lock up her scalp collection and change her ways for good—only to discover that repressing your deadly desires is easier said than done...

A sensory, hypnotic road movie that evokes the experimental imagery of Jean Rollin’s 1970s vampire cinema and tells of the dramatic romance between two women, Anya and Frida. Obsessed by the death of her betrothed, Anya is thrown into a world of confusion, in which memories mix dangerously with reality, causing an oscillation between the solitude of reality and the surrealism of thwarted desires.

Fusing regional myth with horror movie traditions to tell the story of Aarya, a young female artist who is gifted a red scarf, sent by her aunt from her recent travels to Pakistan. As a result, she is haunted by a Churail: a demonic and malevolent South-Asian Witch and is forced to face the devastating cycles of violence the Churail brings with her.

Jale, a middle-aged woman discovers that crude oil is leaking out of her body. This unusual yet empowering phenomenon awakens the hope of a better future in her. On the other hand, it triggers uncertainty and paranoia in the male figures that surround her.

A girl who dreams of becoming transhuman by transmitting electrical shocks to her brain. After facing a serious assault, she plans revenge on the boys that have bullied her for having an eating disorder. To take vengeance she conducts an electrical baptism and falls into trans – a state where one can become transhuman from high voltage electric shocks.

Six progressives, one deadly weekend! Set during the 2020 run-up to the presidential election, Tonya Pinkins film offers an unsettling expose of racism within contemporary America. The film takes place on Halloween weekend of the 2020 election and focusses on six old friends who go campaigning in red country, armed with only humour and naiveté. When they meet an immovable force, their plans are thwarted and the fight to win an election becomes a fight for their lives.

Updating horror cinema’s mythologies around the werewolf figure whilst also providing some pointed reflections on Germany and its past traumas. It tells the story of a young woman named Minthe, an outsider who becomes the unwitting victim of a gang of criminals who have made a pact with a mysterious cave creature.