Ahead of FrightFest’s UK premiere of RUN HIDE FIGHT at the Glasgow Film Festival, director Kyle Rankin talks about the personal tragedy that inspired the film, the influence of 70s cinema and the huge importance of film festivals.

Q) RUN HIDE FIGHT was inspired by a tragic incident in your own past so did that make it a harder script to write? 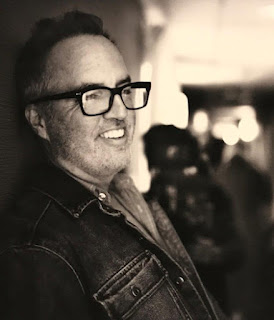 In 1999, my best friend and fellow filmmaker, Shayne Worcester, was gunned down during a mugging in San Francisco. It came to light years later that the event was a gang initiation — meaning guys who wanted to be part of a gang were tasked with going out and killing a random civilian that night. He was only 29.

I think about him all the time, so I wouldn’t say that writing RUN HIDE FIGHT was harder…it was instead maybe cathartic.

Add to that the fact that my producer, Dallas Sonnier, lost both of his parents to separate gun incidents.

You’d think these events would make us shy away from violent films, and I think we both would if they were empty and pointless… but RUN HIDE FIGHT was made with thoughtfulness and sincerity, so it honours those memories.

Q) At the core of the story are the truly scary, primal aspects of human nature – that mankind is still the most dangerous predator of all?

We’re certainly the most flawed, and we’re the one animal we have true insight into: since we’re all human. I packed RUN HIDE FIGHT with a lot of things I believe in, like bravery in the face of evil… and selflessness, but I was also aware nobody would want to see the thing unless it was entertaining, too. Filmmaking can’t just be ‘here, eat your broccoli.’ Movies should be fun AND have a reason to exist.

Q) Isabel May is terrific as heroine Zoe. FrightFest saw her in LET’S SCARE JULIE at our August event last year. Did you audition many actors, why was she the best choice?

She’s fantastic. I saw many actresses, some incredibly good… but for me, casting has a spiritual element to it. Firstly, I should clarify that I had a very talented casting director named David Gugliemo, who brought in top notch people. But there’s this saying I like: ‘good friends aren’t made, they’re recognized’… and I feel that way about casting, too. When Isabel walked into the room I recognized her as Zoe, and the same thing happened with Cyrus Arnold as Kip, and Eli Brown as Tristan… right on down the line. I go with the people who give me a certain spiritual shiver, if that makes any sense. 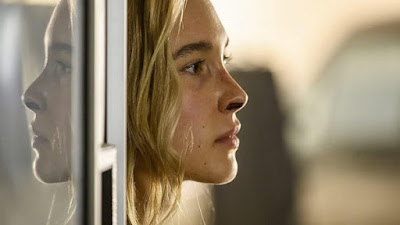 Q) The other casting choices are standout too – Thomas Jane, Radha Mitchell, Treat Williams, Barbara Crampton. Did you worry you wouldn’t attract such a top calibre cast because of the controversial nature of the material?

I worried about everything! That’s an unfortunate aspect of a director’s job. In the end, however, I was SO excited about the cast. The people you mention here all have one thing in common: a lack of fear. They weren’t worried about being ‘cancelled,’ and, in the end, that’s what saves fortifies you.

Q) You filmed in secret at an abandoned school in Red Oak, Texas, why was that?

My producers Dallas Sonnier and Amanda Presmyk were based in Dallas at the time, and all the crew they’d been hiring on their previous movies lived there, too, so… staying in the area made financial sense. Red Oak was a 30 minute drive for me every morning and night (I’d always travel with my fabulous DP, Darin Moran, so we could talk about the day’s work). I spoke of the spiritual/fated element when casting, and I gotta say that certain aspects of this deserted school gave me shivers, too. EVERY structural element I had written into my script — some very specific — was present at this location that Amanda had found. It was meant to be.

Q) Which description of the film do you feel nails the social issue/action content? ‘DIE HARD in a High School’ or ‘ELEPHANT meets THE HUNGER GAMES’. Or do you prefer another?

I don’t think that’s for me to say. I know DOG DAY AFTERNOON was a big influence on me this time around. I tend to always get an idea and then watch a bunch of movies from the 1970s — it’s my favourite era of filmmaking for its courage and style and themes.

Q) Some of the reviews from the Venice Film Festival – where it played ‘Out of Competition’ – seemed to have their own politically correct agenda. Did that surprise you because FrightFest chose RUN HIDE FIGHT for their Glasgow strand because it was at heart a cracking thriller, full of super twists and seat-edged suspense?

Yeah, I thought that was pretty lame… but what can I do?! Actually, the one thing I can do is stay away, meaning: I haven’t read a single thing that’s been written about my movie, and I’m much happier! From what I’ve heard: it sounds like reviewers were reviewing the very IDEA of the movie, rather than the movie itself… so I’m so pleased that FrightFest can see RHF for what it truly is. 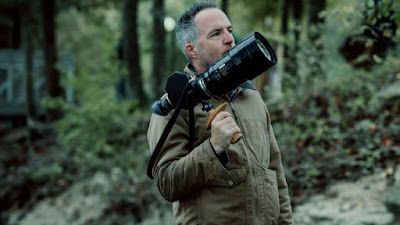 Q) FrightFest has always had great faith in your unique work. We showcased both INFESTATION and NIGHT OF THE LIVING DEB and released the latter on our FrightFest Presents label. It is definitely your best directed film, do you agree?

Yes, without a doubt. RUN HIDE FIGHT is my best directed film – and best written too. It’s weird, but this time around I felt as though the scales fell from my eyes — in a good way. I finally can clearly see what good direction actually IS. I think a lot of that is being a husband and father now — having kids has made me a better filmmaker.

Q) How important are festivals like FrightFest in platforming your and other fantasy filmmakers movies? Do you think they will be more so in the post-Coved-19 future?

Film Festivals like FrightFest are EVERYTHING to independent filmmakers. Your gang gave me the confidence to keep going and keep trying stuff when nobody else did. I think you do that for more people than you even realize. Post Covid-19, especially if traditional cinemas go away (which I pray they don’t), your role will become even MORE important. Please keep it up!

Q) What are you working on next? Any exclusive details?

I’m halfway through a new script that I’m very excited about. I wish I could tell you more, but I’ve already sold the idea so… I have other people’s interests to protect, too. I can say that it’s gonna be another action-packed thriller with a strong social element. And I can’t wait to share it with you.

The film is geo-locked to the UK and limited to 500 tickets, Tickets are priced £9.99. For more information: www.glasgowfilm.org/festival 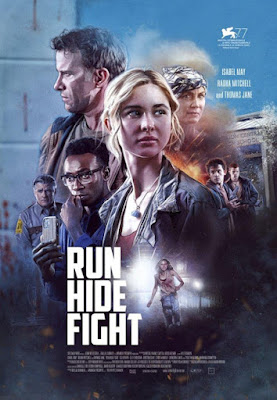