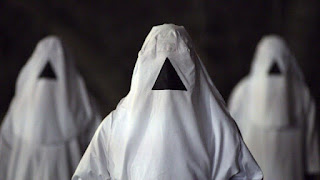 In the middle of a routine patrol, officer Daniel Carter happens upon a blood-soaked figure limping down a deserted stretch of road. He rushes the young man to a nearby rural hospital, only to discover that patients and personnel are transforming into something inhuman. As the horror intensifies, Carter leads the other survivors on a hellish voyage into the subterranean depths of the hospital in a desperate bid to end the nightmare. 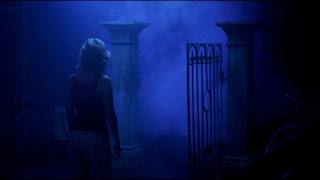 Following their father’s mysterious disappearance, two estranged brothers reunite to liquidate his business, a video store specialising in horror movies. Digging through all the fire sale stock, they find an old VCR board game entitled ‘Beyond the Gates’. Deciding to play the obscure game for a laugh, they soon realise it holds the connection to their father’s vanishing and the deadliest of consequences for anyone who dares fool around with it. 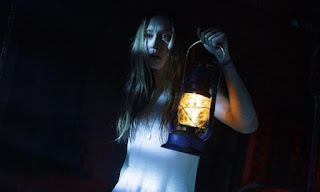 Max, a high school senior, is mysteriously transported with her friends into a 1980s horror film that starred Max's mother, a celebrated scream queen. Trapped inside the movie, Max finds herself reunited with her mom, whom she lost in real life. Together, they must fend off the camp counsellors’ raging hormones, battle a deranged machete-wielding killer, and find a way to escape the movie and make it back home. 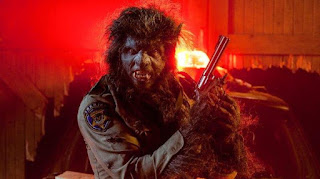 Lou Garou is a lazy, alcoholic cop by day, a violent crime-fighting werewolf by night with a new found sense of duty to uphold. Overnight, the small rural town of Newhaven has a new lycanthropic hero and he’s determined to become a better policeman…one full moon transformation at a time. 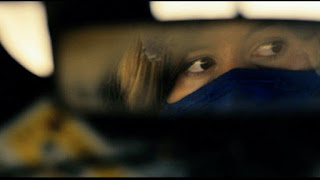 A worldwide epidemic has killed most of the planet’s population. The few survivors struggle to find food and shelter. But they are not alone… On her way back to base camp from a scavenging mission, Juliette (Brittany Ashworth) has a terrible accident. Stuck in her car, with a broken leg, in the middle of an unforgiving desert, she must survive the perils of the post-apocalypse, while a strange creature prowls around. 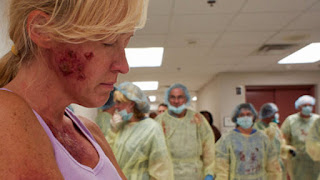 The quaint seaside town of Chesapeake Bay thrives on water; it is the lifeblood of the community. When two biological researchers from France find a staggering level of toxicity in the water, they attempt op alert the mayor, but he refuses to create a panic in the docile town. As a result, a deadly plague is unleashed, turning the people of Chesapeake Bay into hosts for a mutant breed of parasites that take control of their minds, and eventually their bodies. 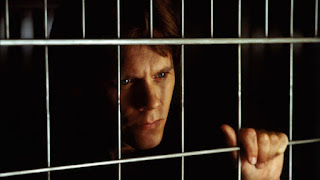 Kevin Bacon is a gifted scientist Sebastian Caine, who develops a serum that induces invisibility. The arrogant but charismatic scientist heads a top-secret U.S. government research project. When the formula works successfully on animals, Caine disobeys Pentagon orders and experiments on himself. Unfortunately, the gamble goes terribly wrong when the procedure cannot be reversed. 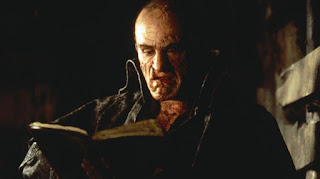 As Viktor Frankenstein (Kenneth Branagh) is dying he shares a tale of gruesome terror with a sea captain. Viktor, using previous experiments by a brilliant scientist, was able to bring a creature (Robert De Niro) assembled from body parts back to life. Once he realised how destructive his experiments had become, he abandoned the creature and tried to live a normal life with his fiancé (Helena Bonham Carter). The lonely creature seeks out Viktor and demands one of two things: a bride or revenge. 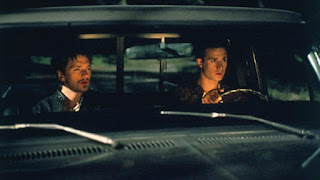 This sequel to I Know What You Did Last Summer finds Julie James (Jennifer Love Hewitt) coping miserably with the memory of last year's terrifying ordeal, as the past continues to haunt her, However, it looks as though things may be turning out for the better when her college roommate, Karla (Brandy Norwood), invites Julie to join her on an all-expense paid trip to the Bahamas. But when the romantic vacation is threatened by a violent hurricane and the reappearance of the vengeful fisherman, Julie's future promises to be as short-lived as her escape from the past.