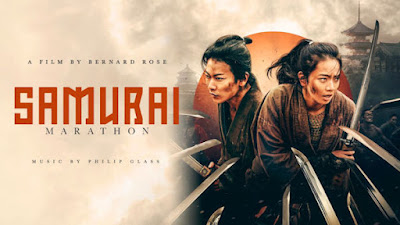 From Bernard Rose, director of Candyman. Get ready for an epic historical setting, action, violence and suspense in the gorgeous SAMURAI MARATHON this January.

Inspired by a real-life race that is still held annually in Japan, Samurai Marathon is an epic sword slasher from the team behind 13 Assassins and The Last Emperor. In the late feudal era of Japan, a young ninja (Satoh) is operating undercover in the court of an aging Lord during a peaceful era of Japan that is on the brink of change. After the Lord challenges his lazy samurais to a punishing marathon to toughen them up, the ninja finds his loyalties put to the test. Facing impossible odds, this unusual band of characters is running a race to win or die. 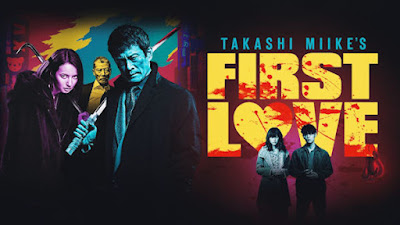 A boxer with a brain tumour, a crooked cop with terrible luck, an amputee Chinese gangster and a terrified call girl who’s stalked by a ghost in tighty whities come together in action-packed chaos. First Love is the story of Leo and Monica, who fall passionately in love while getting innocently caught up in a drug-smuggling scheme over the course of one raucous night of unadulterated mayhem in Tokyo.