WHERE DO I BEGIN - Kickstarter Campaign 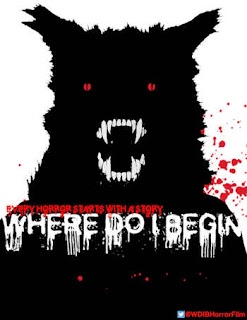 Film makers James Taylor, John Hanaway and Nicholas Foundoukis have launched a Kicksterter campaign for their film WHERE DO I BEGIN.

Deep in a suburban town on the outskirts of a big city, a young traveller returning home tries to convince two detectives that he is, in fact, a werewolf and has been on a killing spree for the past week.

Battling between his morality, humanity, haunted by horrific visions and memories, as the night progresses we struggle to tell who is really in control... the police, the young man, or the monster inside…

Where Do I Begin' started as a passion project for writer and director James Taylor. Bred on a love of the horror genre, filmmaking, and an unhealthy obsession with werewolves, he wrote the script during spare time at college while studying. After several years of rewriting and honing the story it ended up a forgotten relic until one day it was picked up by John Hanaway, who brought Co-producer Nicholas Foundoukis on board.

The film is currently crowdfunding on KickStarter. For more info on the film and list of benefits involved with the various levels of donation, visit the KickStarter Page.