A young woman unwittingly discovers why things have been going missing around the house in The Misplaced. Discover why some things shouldn't be found by watching the short horror film online now.

The Misplaced is directed, co-written, and edited by Alex DiVincenzo, whose previous effort, Be Us, is currently nominated for Best Short Film at the Rondo Hatton Classic Horror Awards.

Jamie Lyn Bagley and co-writer T.J. Frizzi star in the film, which packs a chilling premise into a mere four minutes. It premiered to a sold-out audience at the 2018 Boston Underground Film Festival.

"I find horror to be most effective when it invades the home," explains DiVincenzo, "so I drew inspiration from films I love that embrace that atmosphere, like John Carpenter's Halloween and The Strangers, to tell what I hope to be a similarly unsettling story."

The Misplaced is the latest genre short from DiVincenzo and Lockbridge Productions, whose previous work includes The Horrors of AutoCorrect (distributed by Eli Roth’s Crypt TV), Cybershock 1999 (distributed by Troma Entertainment), and the 48 Hour Film Project winner Root of All Evil. 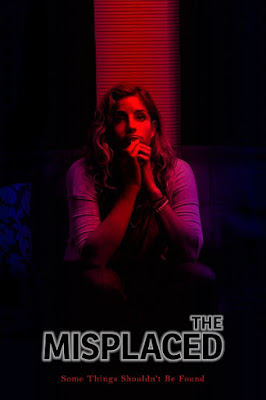