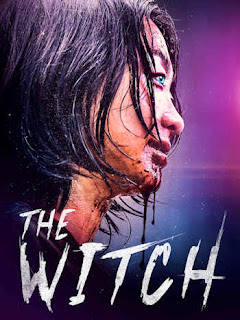 JASON BOURNE meets the X-MEN and JOHN WICK in the acclaimed ultraviolent actioner THE WITCH. 10 years ago, Ja-yoon escaped from a government facility during an inexplicable incident and lost all her memory.

She grows up to be a bright high school student and enters a nationally televised audition to win a prize to help her struggling family. As soon as she appears on TV, strange people start appearing in her life.

A man named ‘Nobleman’ - and others who have been searching for her – soon frantically pursue Ja-yoon. As her life falls into turmoil she responds with a chilling descent from innocent girl into cold-blooded knifewielding super killer!

Packed with intense action The Witch takes you to places you never thought possible as it reaches its insane blood-soaked finale. Starring Kim Da-mi in a break-out performance. Directed by lauded writer Park Hoon-jung. 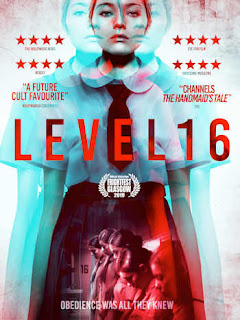 Sixteen-year-old Vivien is trapped in The Vestalis Academy, a prison-like boarding school, keeping to herself and sticking her neck out for no one. Until she is reunited with Sophia -- the former friend who betrayed her.

Together the girls embark on a dangerous search to uncover the horrifying truth behind their imprisonment. Soon running for their lives, the girls must save themselves or die.

“Future cult favourite” Level 16 is a shocking dystopian thriller which mashes together the disturbing world of the Handmaid’s Tale and Black Mirror to stunning effect. Level 16 had a UK premiere at FrightFest Glasgow 2019.

Signature Entertainment presents Level 16 on Digital HD from 27th May, 2019