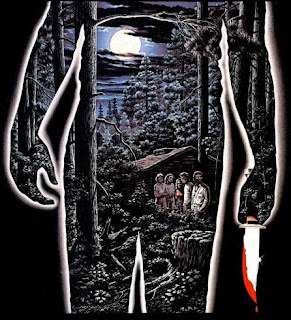 Well, it's been mooted for quite some time, but it's now being reported on several websites that Paramount pictures have finally announced that a new "Friday the 13th" film has gone into production with a release date of Friday March the 13th 2015.
The last film came out in 2009, featuring stuntman Derek Mears as Jason, and was met with mixed critical reaction. Initially, it performed extremely well on it's opening weekend, but box office figures dropped off significantly during it's second week, adversely affecting its total gross. The studios have remained undecided about the future of the franchise ever since.
But it seems things are finally starting to move forward. Warner Bros, who co-produced the last film, have let Paramount have the rights back to the franchise, on condition they get a new film out within the next 5 years. After which, the rights will revert back to Warner.
Platinum Dunes, who produced the last film, are once again on board to produce but there's no news on what direction this new film will take, rumours have circulated that the studios were considering making this a "found footage" film, though no definite details have been released. So it's a case of 'watch this space'.