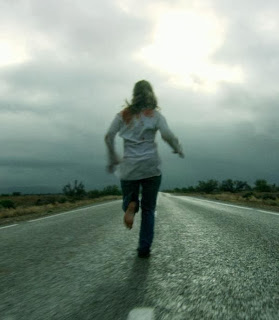 Horror Channel presents an OZploitation season on Fridays @ 22:55 from Jan 4 2014, featuring a dark collection of the best of Australian contemporary horror, Grisly with a capital ‘G’.
Fri 3 Jan @ 22:55 – STORM WARNING (2007)
On a weekend boating trip a couple become lost in a heavy storm and end up in a desolate swamp. They come across a decrepit house and discover a large crop of marijuana, suggesting the owners might not welcome their accidental arrival.

Fri 10 Jan @ 22:55 – SAVAGES CROSSING (2011)
When a flood rages around them, a group of strangers are forced to take shelter in an outback roadhouse. But the danger lurking within is far greater than the threat from outside. As the water level rises, so does the tension, as the line between the hunter and the hunted starts to blur
.
Fri 17 Jan @ 22:55 – ROAD TRAIN (2010)
Four young people are on a camping trip in the outback. Nina and Craig are enjoying a close relationship, but there's tension between Marcus, and Liz Out of the blue, the quartet find themselves menaced by a road train that runs them off the road.
Fri 24 Jan @ 22:55 – CRAWL (2011)
Claustrophobic heat and brooding tension seep from the screen in this chiller set in an unknown rural town. Seedy bar owner Slim Walding hires a mysterious Croatian hit man to murder a local garage owner. but the plan backfire when an innocent waitress becomes involved.
Fri 31 Jan @ 22:55 – WOLF CREEK (2005)
The Ozploitation season finishes with director Greg McLean’s much acclaimed debut feature – a pulsating, stomach-churning tale based on the true story of the ‘Back Packer Killer’ who held the outback in a grip of early 90s terror. Stars John Jarratt, Cassandra Macgraph and Kestie Morassi. Watch out for the sequel in 2014
TV: Sky 319 / Virgin 149 / Freesat 138
Website | Twitter | Facebook