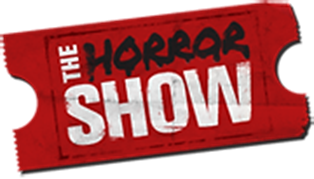 THE HORROR SHOW, launching on 14th June, is the only UK video on demand destination created for, and curated by horror fans. It’s the primary destination for horror fans to stream and/or download horror films, from the latest releases to classic and cult titles.
Current titles include the critically-acclaimed cult film EXCISION, THE TALL MAN starring Jessica Biel and the HUMAN CENTIPEDE films, as well as restored classics like WHO CAN KILL A CHILD? and NIGHT OF THE LIVING DEAD and cult favourites such as DEAD HOOKER IN A TRUNK, and a world exclusive- the award-winning supernatural horror THE CASEBOOK OF EDDIE BREWER available exclusively through THE HORROR SHOW.
In addition, THE HORROR SHOW has the exclusive ‘SHORT STACK’ – a package 10 short horror  films – including the award-winning HIM INDOORS, starring The League of Gentleman’s Reece Shearsmith – available for 99p, less than 10p per film!
More films are being added weekly and all films are compatible with the most popular browsers and smartphones.
THE HORROR SHOW will officially launch in the UK on Friday June 14th, following a launch event at the Prince Charles Cinema in London on Thursday June 13th.
For more info visit http://www.thehorrorshow.tv