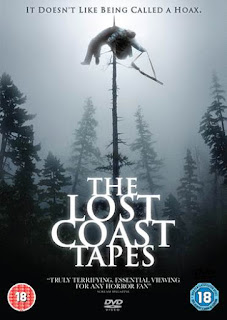 Starring DREW RAUSCH (Battleship), FRANK ASHMORE (V – 80’s series) THE LOST COAST TAPES is the latest horror from G2 Pictures and is sure to cause a panic when it hits stores 3rd September.

A highly acclaimed investigative journalist sees a news report on a ‘Bigfoot Hunter’ who claims to possess the body of a dead Sasquatch.

He believes the man is a phony and decides to create a new show that reveals people's paranormal claims as hoaxes. He assembles a crew and heads to Northern California's ‘Lost Coast’ to meet and interview the man.

But as night falls around his remote cabin deep in the woods, they find that the story is not just real, but more strange and terrifying than they could have ever possibly imagined...

Also starring ASHLEY WOOD, who recently starred in Prime Suspect USA, THE LOST COAST TAPES is sure to keep the search for Bigfoot well and truly….alive.