Arrow takes you on a trip down LAGUNA AVE. 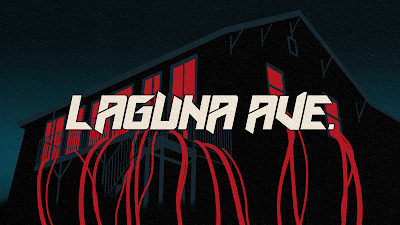 Synopsis:
Russell (Russell Steinberg - Days Out of Days, Adventureland), a burned-out television editor and middle-aged slacker with a prosthetic hand futilely searches for work in Hollywood's brutal, exploitative underbelly. His former boss owes him money, his partner Rita is always out of town and inaccessible, and his new downstairs neighbor, Gary (James Markham Hall Jr - Snake Out of Compton) keeps him awake at night with mysterious, disturbing noises. But everything changes one evening when Gary pays Russell a visit introducing him to a sinister world of an accelerationist conspiracy. 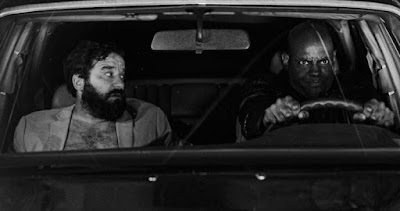 A truly offbeat slice of surrealistic mayhem, LAGUNA AVE. is a fiercely energetic and often hilarious 80 minute trip,   filmed in black and white, that Film Threat says “comes on like a 90s-era slacker comedy and goes out on a note of apocalyptic dread”.

Delirious, demented, and occasionally whacked-out druggy, packed with weird and wild characters, a pulsing, pounding soundtrack, and a plot that defies description, this “gonzo schlockfest” (Kim Newman) is US indie cinema at its most entertaining and original. A nutty blend of Kevin Smith’s Clerks, Darren Aronofsky’s Pi, Swingers and Tetsuo: The Iron Man, LAGUNA AVE. is an address you really need to visit as soon as possible.