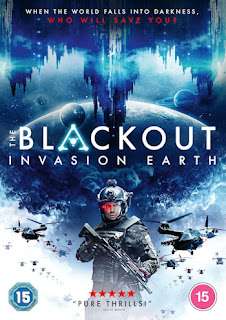 Out now on UK Disc and Digital platforms, a top recon team step in when an alien invasion shuts down the planet, in THE BLACKOUT: INVASION EARTH.

An unexplained phenomenon has struck the Earth. Contact between most towns on Earth has been severed. A small area in Eastern Europe is the only location that still has electricity.

Watch a Behind The Scenes Making Of on Vimeo