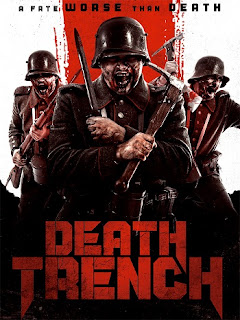 In the final days of WWI a shell-shocked tunneller leads an Allied team into a hidden German base… 100 hundred feet below the trenches. The Germans have lost control of a highly contagious biological weapon that turns its victims into deranged killers.

The Allies find themselves trapped underground with hordes of the infected, a rapidly spreading disease and a team of German Stormtroopers dispatched to clean up the mess. The only thing more terrifying, is what lies beneath it.

By the UK DVD from Amazon.co.uk