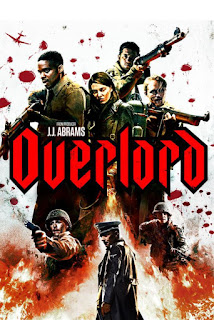 Produced by J.J. Abrams and directed by Julius Avery (Son of a Gun), the “tension-laden shocker” OVERLORD is available to Download & Keep on March 4 and on 4K Ultra HD, Blu-ray and DVD March 11, 2019 from Paramount Home Media Distribution.

Nothing can prepare you for the mind-blowing mayhem that is Overlord. Mega producer J.J. Abrams creates an insanely twisted thrill ride about a team of American paratroopers who come face-to-face with Nazi super-soldiers unlike the world has ever seen. “You’ll never get a moment to breathe”* in this critically acclaimed, nonstop action epic you have to see to believe.

The DVD will include the feature film in standard definition and the following Bonus Features:
The Horrors of War
o Creation
o Death No More