"A Sweet and Vicious Beauty" - Now streaming on Amazon 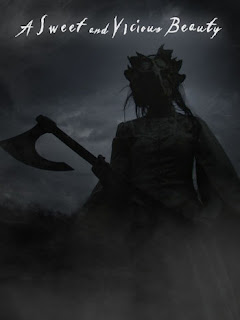 Legend says that when someone dies, their last breath stays in their throat. Narcissa Sentinel is a sick woman who lives in a rotting mansion in the middle of desolate woods. She has her servants dig up the corpses from the nearby graveyard and bring her the heads, and she inhales the last breath from the mouths of the rotten skulls. She finds herself getting well, and soon realizes that in order to fully cure herself, she needs to move to fresher victims.

A Sweet and Vicious Beauty is a low budget wonder, using stylized sets and rear projections like in 1930s Universal horror films, historic Baltimore mansions for sets, dozens of handmade outfits, and hundreds of trained crows! Plus did someone mention BEHEADINGS???

Starring as Narcissa Sentinel is Bette Cassatt from V/H/S/2, Model Hunger and Tales of Poe, and she also created her makeup design and made all of her own costumes, as well as many more. Sara Cole from Don Dohler's Dead Hunt stars as Ingrid, and Brenden McDougal stars as Ethan.

"Sweet and Vicious Beauty" is available to stream now on Amazon prime!

Watch the series on Amazon.co.uk.