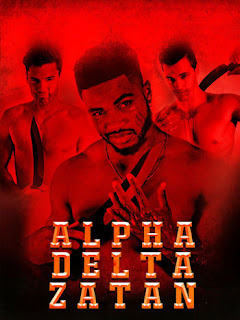 The new horror slasher feature film Alpha Delta Zatan is now playing on Amazon Video US/UK and in over 100 countries on Vimeo On Demand.

Synopsis: “In a frat house where no one can be trusted, a new brother becomes the target of a masked killer.”

“[Alpha Delta Zatan] is a fun and sexy horror film. I consider it a role reversal on the traditional sorority slasher film.” Says director Arutyunyan, who added the film features a diverse, all-male cast.

Alpha Delta Zatan will expand to additional On Demand platforms in the upcoming weeks and it's coming out on DVD/BluRay this Winter. It’s now playing on Amazon Video and Vimeo On Demand.


Watch/Download the film online at Amazon.co.uk

Watch/Download the film online at Amazon.com