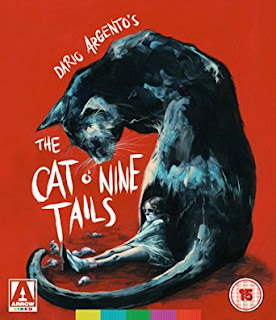 Dario Argento’s devilishly good 1971 horror mystery The Cat O’ Nine Tails starring James Franciscus (City On Fire, Beneath the Planet of the Apes) and Karl Malden (On The Waterfront, TVs Streets of San Francisco), is a brilliantly byzantine thriller that cemented Argento’s reputation as a master genre director.

Following the success of his debut feature, The Bird with the Crystal Plumage, distributor Titanus tasked writer/director Dario Argento with delivering a follow-up in short order. The resulting film, granted a greatly enhanced budget and heralded in its US marketing campaign as “nine times more suspenseful” than its predecessor, was The Cat O’ Nine Tails.

This second entry in the so-called “Animal Trilogy” found Argento further refining his distinctive style and cementing his reputation as the master of the giallo thriller. Co-starring Catherine Spaak (Il Sorpasso) and Rada Rassimov (Baron Blood), and featuring another nerve-jangling score by the great Ennio Morricone (The Bird with the Crystal Plumage, The Good, The Bad and the Ugly), The Cat O’ Nine Tails remains one of Argento’s most suspenseful and underrated films.

This limited edition Blu-ray gets a superb limited edition 4K restoration, and is packed with extras, and features a new audio commentary, new cover artwork and comes with a poster, lobby cards and a lavishly illustrated collector’s booklet featuring essential writing on the film. 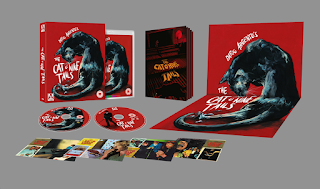