"Islamic Exorcist" releases on VOD and other Digital Platforms 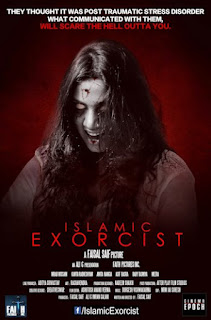 The much anticipated foreign controversial horror Islamic Exorcist has been released by Cinema Epoch on 11th of July on VOD and other Digital Platforms in USA, UK, Canada.

In the other parts of the world, the film will be release on Vimeo on Demand by IBleedIndie.

The movie is directed by controversial Indian film maker Faisal Saif who also wrote the screenplay which is based on a true story that talks about Black Magic and Voodooism in Shia Muslim community.

Incidentally, the makers also received death threats to not to release or showcase the movie anywhere from some extremists.

Islamic Exorcist is an Indian feature film which stars Kavita Radheshyam who is termed as India's Kim Kardashian in the lead along with Meera and Nirab Hossain.

View the film on Amazon.co.uk

View the film on Amazon.com