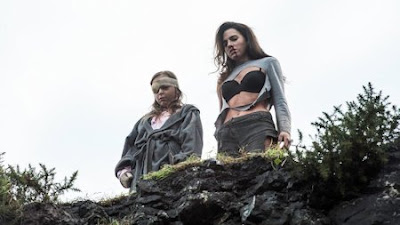 With their sights set on a £25,000 reward promoted by a local newspaper, American documentarians Georgia (Melia Kreiling) and Matt (Nick Blood) head to Exmoor in North Devon to film the fabled beast supposedly slinking through the remote terrain. Setting up a forest camp with an old acquaintance, the trio fix cameras to the trees and rocks, linked back to a computer nerve centre where nothing should go unnoticed. But then they discover some putrefying body parts all neatly tied up and before long they realise they are in the lair of a beast right enough, but certainly not one of the four-legged variety. 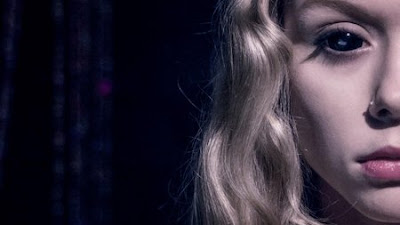 Faith (Naomi Battrick) has her world turned upside down when she finds out her father is dying. When the mysteriously alluring Sissy Young (Anna Walton) becomes her field hockey coach, Faith finds a compassionate spirit and much-needed mother figure. Little does she know that Sissy is the head of a centuries-old witches' coven using the fruit of an ancient cherry tree in a secret ritual that restores life. And soon Sissy has enticed Faith into making a fateful bargain that is about to change everything… 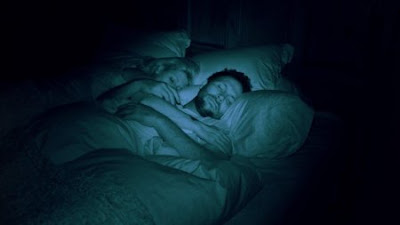 Arriving back from a two-week holiday, the Miller family unwittingly play host to a cold-hearted malevolent intruder who has broken into their home - and stayed there. Feeling violated, they have no idea he’s still watching their every move on surveillance cameras the meticulous interloper has secretly installed. Nor do they realise their true nightmares have only just begun.  Horrors of the everyday reach a terrifying crescendo in this disturbing twist on the home invasion thriller bound to make your skin crawl. Stars Jeremy Sisto, Kate Ashfield and Ryan Simpkins. 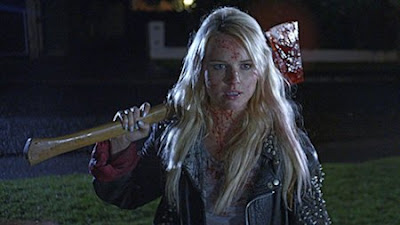 When metal-thrashing outcast Brodie (Milo Cawthorne) meets a kindred spirit in Zakk (James Blake), they start their own band Deathgasm. Soon the duo’s resentment of the suburban wasteland leads them to sheet music said to grant the Ultimate Power to whoever plays it.  But the music also summons the ancient evil entity Aeloth The Blind One who threatens to tear apart existence itself. With their classmates and family inhabited by demonic forces that turns them into psycho killers, can the wicked force be stopped devouring all mankind? 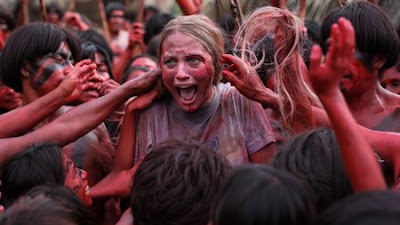 Eli Roth’s long-awaited return to the director’s chair after this six-year absence finds politically attuned NYC university student Justine (Lorenza Izzo) roped into a campus activist group’s idealistic plan to travel to Peru to halt the annihilation of an endangered tribe by a corrupt construction company. But after a horrific plane crash that leaves half the radicals dead, the survivors are caged by the very tribe they were trying to help. Worse, the mountain clan are cannibals and they are ravenous. 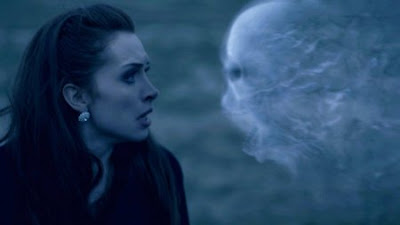 Five young people wake up on a beach washed up by the tide. Where are they? What brought them there, and what are the strange creatures that surround them? All this and more will be revealed in this beautifully executed, award-winning first feature, chock full of exciting new acting talent from Gez Medinger and Robin Schmidt – future genre names to keep a sharp eye out for.