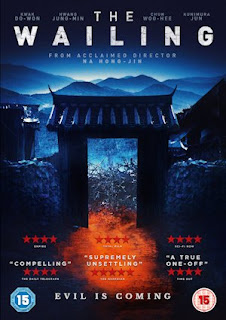 Coming to UK DVD this January, South Korean box office smash, THE WAILING, is a riveting police investigation which turns into a sensationally terrifying thriller as a likeable cop is drawn into a nightmarish hunt for a source of pure evil disturbing his quiet, rural village.

Packed with real emotional weight, and a devilish final act twist, this is assured, impressive and wildly original piece of filmmaking featuring inept cops, red-eyed flesh chewing ghouls, a mysterious shaman and a sinister stranger, as well as the most foul-mouthed possessed youngster since The Exorcist.