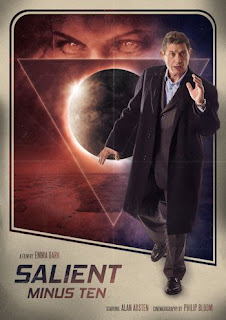 The retro style teaser poster, designed by the film’s Producer/Director Emma Dark, keeps in line with her previously released poster but features a couple of significant changes.

The most obvious update on the poster is the change in lead actor. Film and television actor Alan Austen (Letters from a Bomber Pilot, Star Wars: Episode V - The Empire Strikes Back) now replaces Dean Sills in the lead role of ‘Adam Harper’.

Another significant change is the named addition of internationally renowned filmmaker Philip Bloom, who joined SALIENT MINUS TEN as Director of Photography at the time of the recasting. Philip’s credits include working as cinematographer on Lucasfilm's World War II drama ‘Red Tails’, and working for the BBC, ITV, C4 and Sky, as well as countless independent production companies and many others around the world including CNN, CBS, Discovery, FOX and NBC. Philip is well known globally for his advocacy of DSLR technology to create cinematic looking imagery, and has subsequently sparked the imagination of numerous independent filmmakers.

SALIENT MINUS TEN wrapped principal photography in late November 2016 and is now in post-production. Further information is expected upon release of the film’s trailer in early 2017.

For more info on this visit the following social media links... 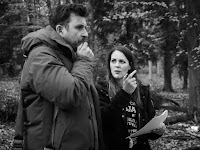 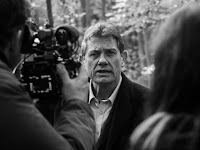