Friday nights in January just got hotter as Horror Channel will be screening the network premiere of Chris Crow’s much-praised cyber Brit-horror PANIC BUTTON  as well as the UK TV premiere of TEXAS CHAINSAW, the seventh instalment in the franchise and the Network premiere of Tom Savini’s multi-layered remake of NIGHT OF THE LIVING DEAD. There is also a first showing for the Lee/Cushing anthology DOCTOR TERROR’S HOUSE OF HORRORS, directed by veteran horror maker Freddie Francis. 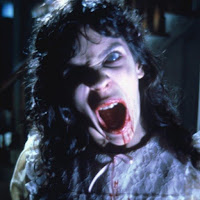 This remake of Romero’s all-time classic is directed by Tom Savini, Romero’s long-time special effects makeup expert and he brings all the nightmarish, bone-chilling action vividly to life. Starring the ever-reliable Tony Todd and Bill Mosely, the action centres on seven people, with nothing in common, who barricade themselves inside a farmhouse while an army of flesh-eating zombies roam the countryside with an insatiable appetite for living human flesh. 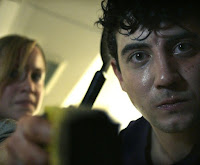 Chris Crow’s inventive twister explores the chilling consequences of posting too much information online and how in cyber-space no one can hear you scream. Four people win a trip of a lifetime to New York, courtesy of their favourite social-networking website – All2gethr.com.
Boarding a private jet, they hand in their mobiles ready to take part in the in-flight entertainment – a new online gaming experience. But this is no ordinary game. Trapped at 30,000 feet, they must play for their lives and the lives of their loved ones by their invisible captor, who knows every intimate secret. Starring Scarlett Alice Johnson, Jo Michael Jibson, Jack Gordon, Elen Rhys and Joshua Richards. 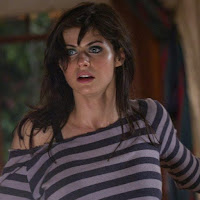 Originally entitled  Texas Chainsaw 3D  this is the seventh film in the Texas Chainsaw Massacre franchise and revolves around Heather (Alexandra Daddario), who discovers that she was adopted after learning of an inheritance from a long-lost grandmother. She subsequently takes a road trip with her friends to collect the inheritance, unaware that it includes her cousin, Leatherface, as well. Also starring are Dan Yeager, and Bill Moseley, with Gunnar Hansen and Marilyn Burns, who appeared in the original 1974 film. 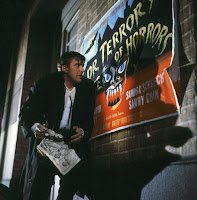 Christopher Lee and Peter Cushing star in this British horror classic from 1965, the first of a series of anthology films from Amicus, directed by the prolific Freddie Francis.  Just as a train departs, a mysterious stranger, Dr Shreck (Cushing), enters the carriage with his pack of tarot cards to tell the fortunes of five fellow passengers. The cards predict that every one of them will suffer a terrible death, but will fate deal them the same hand. Also stars Donald Sutherland, Roy Castle & Michal Gough.