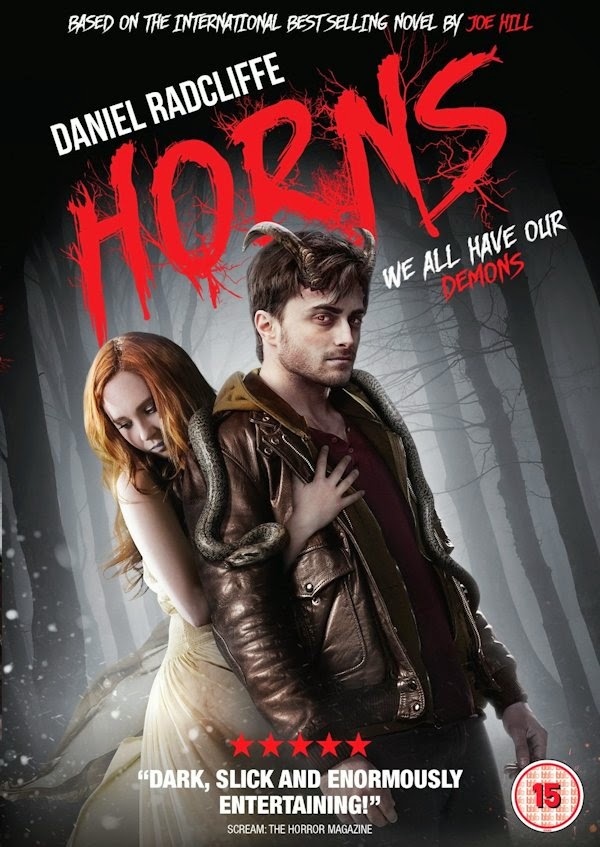 Ig Perrish (Daniel Radcliffe) is accused of the murder of his girlfriend, Merrin Williams (Juno Temple). After a hard night of drinking, Ig awakens, hungover, to find horns growing out of his head; they have the ability to drive people to confess sins and give in to selfish impulses. Ig decides to use this effective tool to discover the circumstances of his girlfriend's death and to seek revenge by finding the true murderer.

Daniel and Juno lead an all-star cast with strong support from David Morse (The Green Mile, The Hurt Locker) and Heather Graham (The Hangover I & III, Boogie Nights).

HORNS is based on the dark fantasy novel of the same name from New York Times best-selling author Joe Hill (Heart Shaped Box) with a screenplay by Keith Burnin. Alexandre Aja, Riza Aziz, Joey McFarland and Cathy Schulman produce.
The film is available on UK DVD and on Blu-Ray. Blu-ray contains a slightly gorier cut of the film.
Buy the UK DVD from Amazon.co.uk (theatrical version)
Buy the UK BD from Amazon.co.uk (uncut version)
Posted by Dark Angel at 16:16