"Automata" starring Antonio Banderas - Coming to UK disc in May. 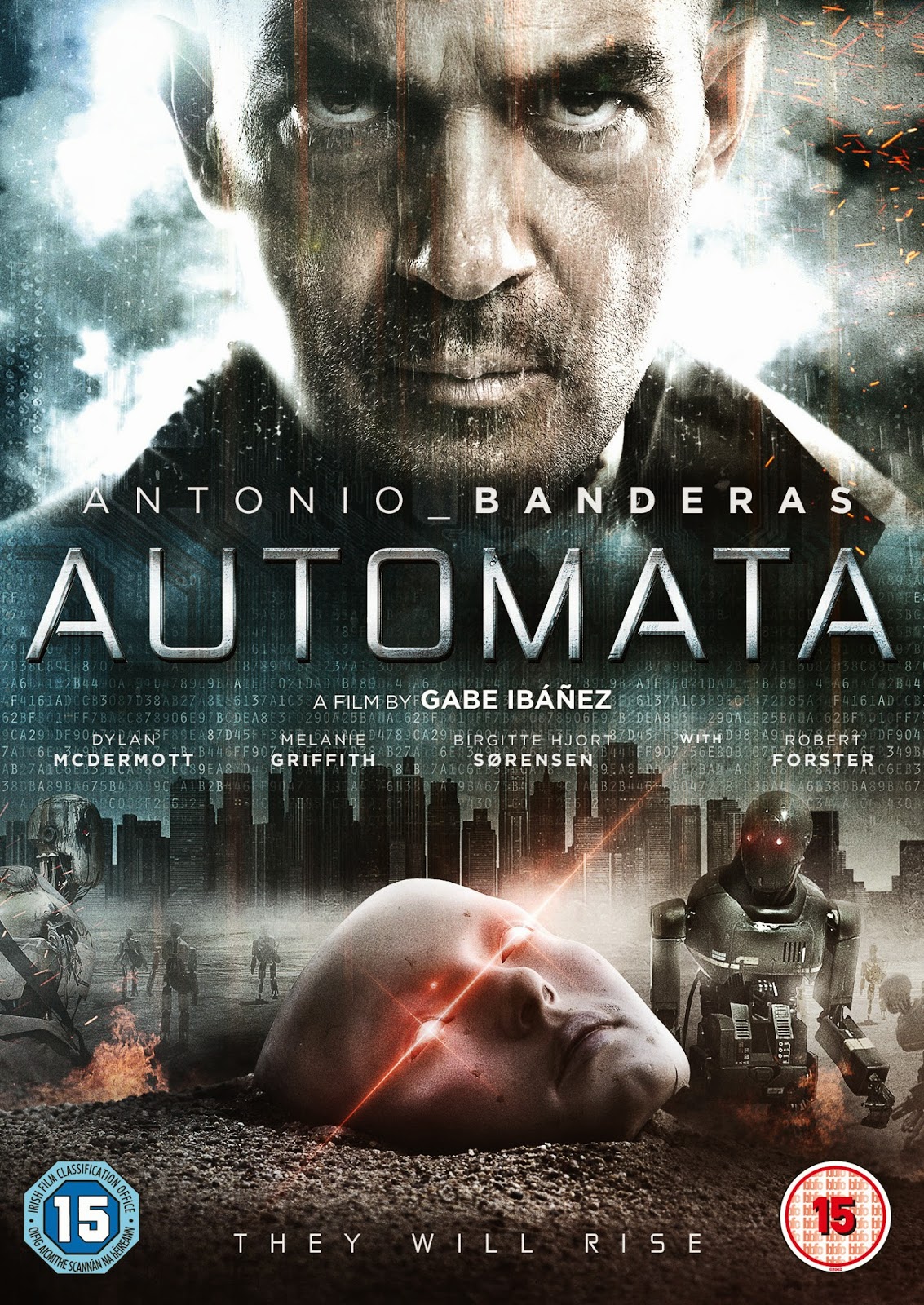 Coming to UK disc this May. Fast forward thirty years into the future where mankind is struggling to survive as the environment around them deteriorates, whilst technology thrives.
Antonio Banderas stars in this intense sci-fi action thriller as Jacq Vaucan, an agent for ROC robotics corporation, who investigates cases of robots violating their primary protocol: not to harm humans. What he discovers will have profound consequences for the future.
From the producers of The Expendables franchise and also featuring a great supporting cast, including Dylan McDermott (Olympus Has Fallen), Melanie Griffith (Hawaii Five-O) and Academy Award winner Javier Bardem (Skyfall).
Lionsgate UK Release "AUTOMATA" On Demand 27th April & Blu-ray and DVD 11th May, 2015.