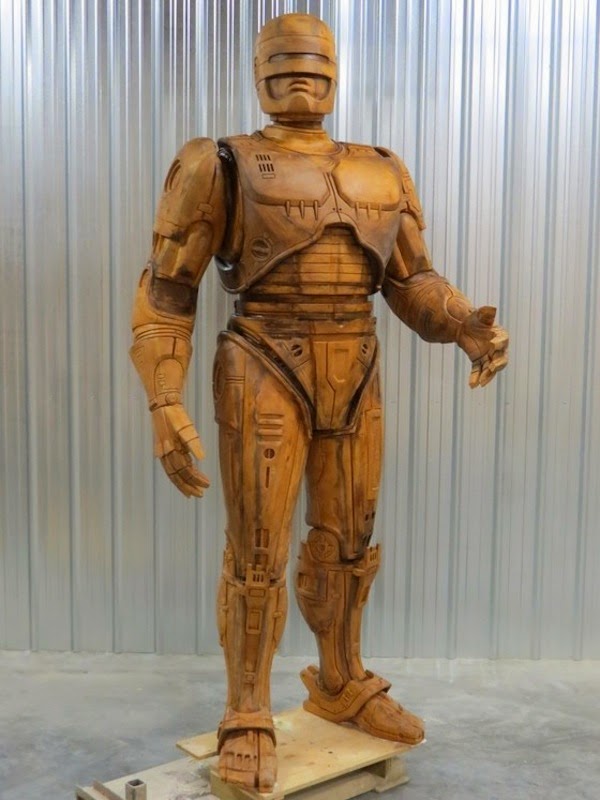 The city of Detroit will unveil a metal memorial to one of its most famous sons this week as an internet campaign to honour Officer Alex Murphy’s robotic alter ego reaches a climax.
Timed to perfection for the UK digital release of José Padilha’s action-packed sci-fi saga, ‘Robocop Day’ will see the citizens of Detroit treated to a range of robo-related activity that will include appearances from the cyborg himself and, most significantly, an announcement about the long-discussed crowd funded statue that sparked an internet storm nearly three years ago.
Despite an initially cool reaction to the planned statue from Detroit’s City Hall, public demand has led to the 10-foot statue becoming a reality now fully endorsed by public office. Tomorrow, the mayor himself will be marking Robocop Day at the Detroit Police Department before Officer Murphy sets off to protect the city with his contemporary counterparts.

More info on this on the Michigan Live website.

Buy the BD Steelbook from Amazon.co.uk