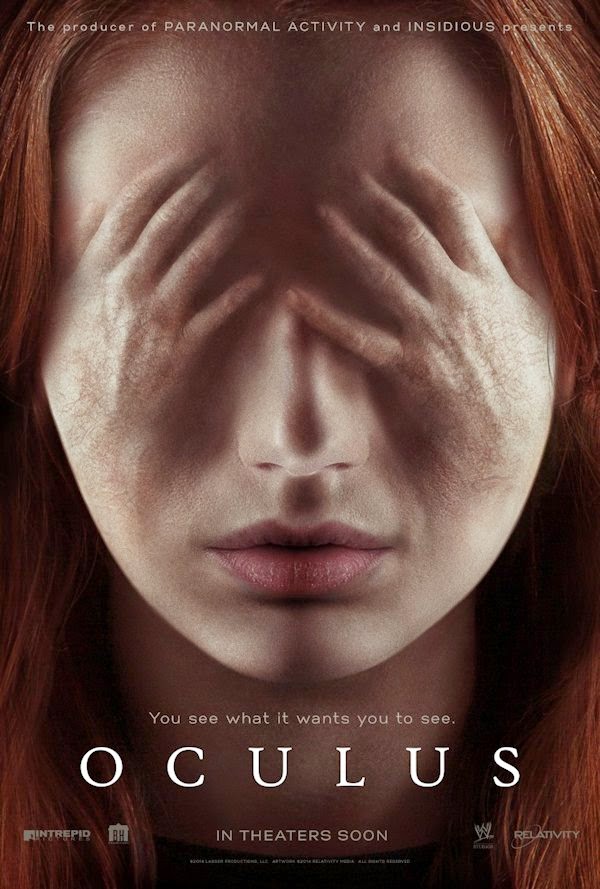 Today is Friday the 13th, a day synonymous with the supernatural, the macabre and the creepy, so what better date to release critically acclaimed horror film, "Oculus". To celebrate the film’s release of we take a look at superstitions surrounding this aptly chosen release day….

27%
Millions of people fear Friday the 13th when it pops up in the calendar and even change plans to avoid tempting fate. People have admitted to taking extra care when getting around to the extent that some people don’t even leave the house, and it is estimated that travelers are 27% less likely to book a flight on this day.
5.8 million
If you avoid walking over three drains, never put new shoes on a table or frantically close your umbrella when you step indoors then chances are that you are one of the 5.8 million people in the UK who are superstitious. Other common superstitions include throwing a pinch of salt over your shoulder whenever you spill some and keeping lucky underwear!
80%
Triskaidekaphobia is the fear of the number 13, and this fear is so common that is has been estimated that 80% of high-rise buildings do not have a 13th floor. This phobia has also led to hotels missing a room 13, aeroplanes skipping the 13th aisle and hospitals avoiding naming a room 13.
10 million
One of the most practical superstitions safety-wise, but walking under a ladder remains a common superstition in the UK with 10 million people claiming that they avoid passing through the DIY instrument for fear that it will bring them bad luck.
50%
Black cats became associated with witchcraft and bad luck way back in the middle ages, but this feline fear remains to such an extent in the 21st century that animal shelters report that the mysterious moggies are 50% less likely to be adopted than cats of any other colour.
13th
Magpie numbers have more than doubled in the past 30 years, making them (creepily) the 13th most common garden bird. But lone magpies are considered an ill omen by some who believe that to counteract the bad luck, they must salute their feathered foes.
9 million
From the historical belief that they contain trapped souls to anyone who has ever caught a strange reflection from the corner of your eye, giving you a shiver down your spine, mirrors have always been a bit creepy. This explains then why an estimated 9 million people in the UK believe that breaking a mirror will cause seven years bad luck.
Flight 666 to HEL
Would you board flight 666 to HEL on Friday the 13th? For even the bravest of travellers, this might be a step too far but flight AY666 Copenhagen to Helsinki carries on as scheduled